Silicon Valley investors and founders in PH for investment opportunities


The largest group of investors, venture capitalists, startup founders and technopreneurs from Silicon Valley has arrived in the Philippines this week to survey the country’s startup ecosystem and look for investment opportunities in one of the emerging technology hubs in the region.

The group is led by 500 Startups, recently cited as the most active venture capital fund in Silicon Valley by the Wall Street Journal, which organized the group tour known around the world as “Geeks on a Plane.” It is currently raising $100 million (P4.3 billion) for its third flagship fund to possibly invest in startups around the world, the Philippines included.

500 Startups has already invested in technology startups in the region including the Philippines’ own ZipMatch, an online real-estate platform that is aiming to revolutionize the home-buying experience in the country. 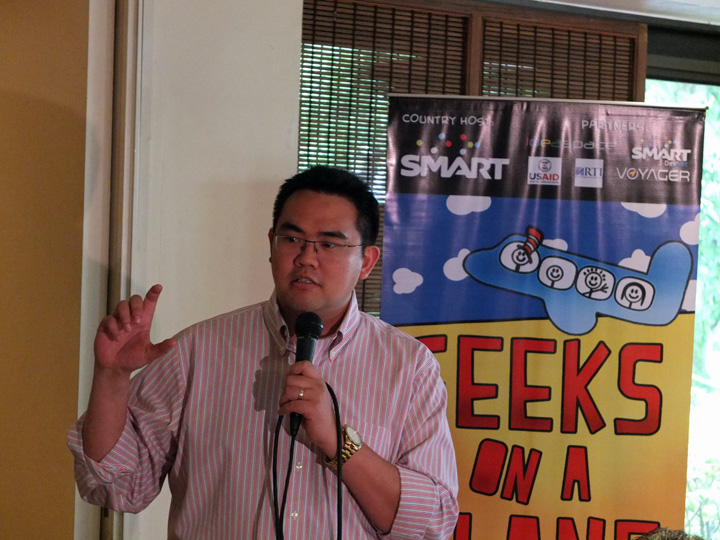 “We’re very proud to host the very first ‘Geeks on a Plane’ contingent to land in Philippine soil,” said Earl Martin Valencia (above), President and Co-Founder at IdeaSpace Foundation, Inc. “That the Philippines became one of the stops for this year’s GOAP trip to Southeast Asia is a testament to the vast potential of local startups and the remarkable growth of the Philippine startup ecosystem.” 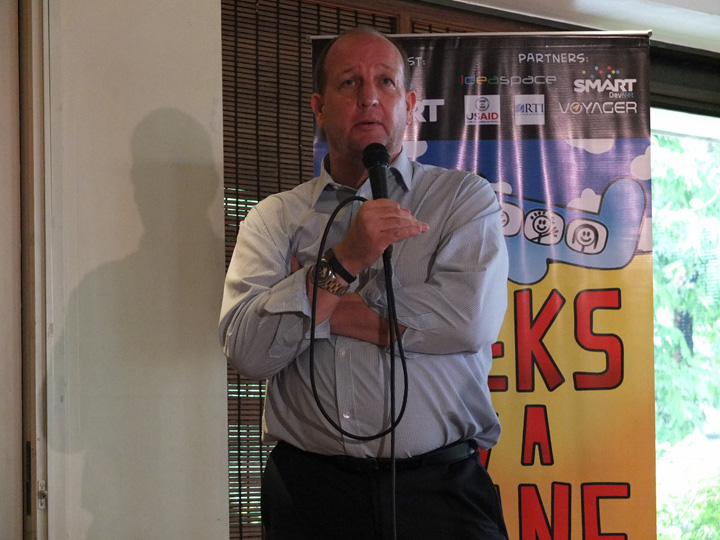 “The Philippines is a country full of smart and creative people—it’s a perfect place for entrepreneurship to flourish and grow. 500 Startups is psyched to be here in Manila and we aim to be a frequent visitor to the Philippines,” added Dave McClure (above), Founding Partner at 500 Startups.

The more than 30 “geeks” that are part of the invite-only “Geeks on a Plane” (GOAP) tour will be in Manila from July 23 to 26 with Philippine mobile leader Smart Communications, Inc. (Smart) as country host, alongside technology incubator and accelerator IdeaSpace Foundation, Inc., Voyager Innovations, Inc. (Voyager), the Smart Developer Network, Smart Bro.

The event is also supported by the United States Agency for International Development (USAID) through its Science, Technology, Research, and Innovation for Development (STRIDE) Program. 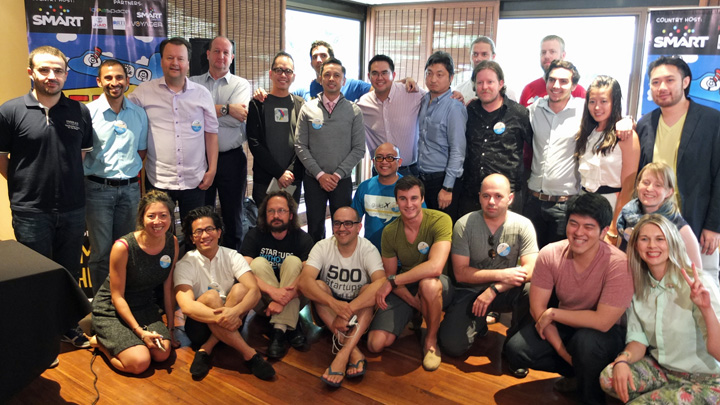 Just some of the participants of Geeks on a Plane (GOAP), an invite-only tour of startup founders, venture capitalists, and investors from Silicon Valley. The group is led by Dave McClure of 500 Startups (seated at the center in white 500 Startups shirt) and includes IdeaSpace Founder and President Earl Martin Valencia (standing, center) and Voyager Innovations FVP and Group Head Stephen Misa (standing, gray jacket).

While in Manila, the participants will be able to gain and share insights about the local market via a Tech Summit being organized by the Asian Institute of Management, supported by IdeaSpace. Topics to be discussed include observations about Southeast Asia and emerging trends in the Philippines, as well as the best practices on innovation ecosystems in Silicon Valley.

During their three-day visit, the GOAP participants will also visit selected companies which will give homegrown startups a chance to network and gain valuable insights from investors and founders in Silicon Valley.

Lastly, some of the GOAP participants will also be present during the Startup Grind event on July 25 and the second Manila staging of AngelHack, the world’s largest hackathon event slated for July 26.

Geeks on a Plane was conceptualized by Mountain View, California-based seed fund and incubator 500 Startups that has funded hundreds of technology startups the world over. 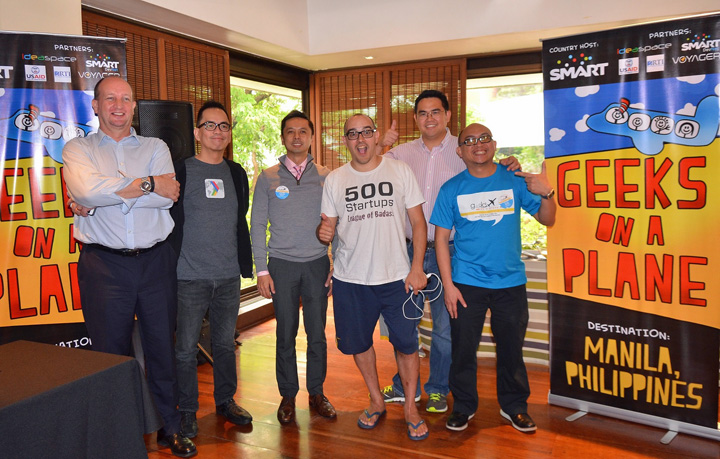 Prior to landing in the Philippines, the GOAP contingent earlier made quick stopovers in neighboring cities Singapore, Bangkok, Thailand and Jakarta, Indonesia. IdeaSpace’s Valencia, along with Stephen Misa and Dindo Marzan of Smart subsidiary Voyager Innovations are among the Filipino participants in the regional tour.

For more information about GOAP and the various activities in Manila, visit www.geeksonaplane.com.

You may also wish to see Geeks on a Beach.

Tags #Geeks on a Plane #IdeaSpace #Startups and SMEs
Tech

With PLDT’s MVP Rewards Program, earned points from paying bills are as good as cash

The OPPO A39 is an elegant lowlight camera phone at only P10,990