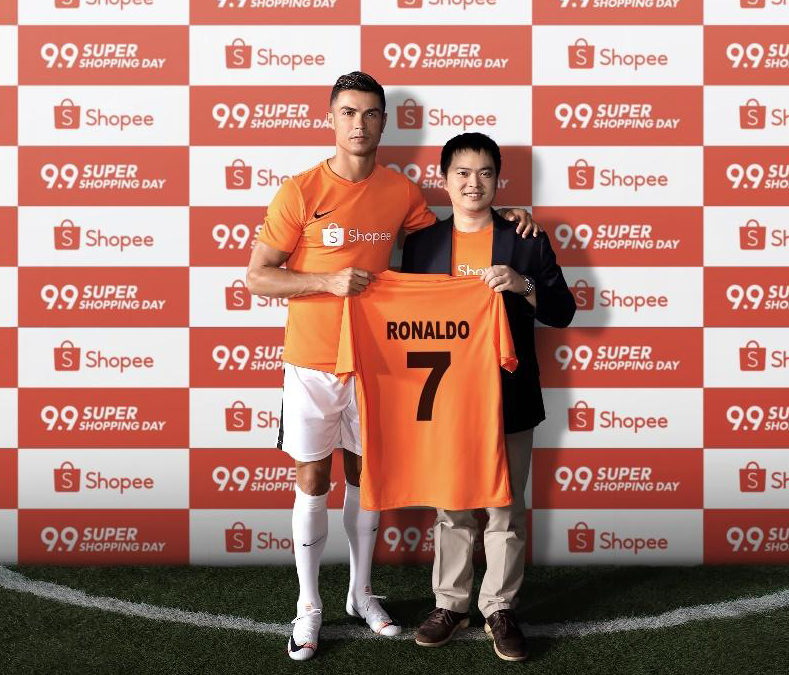 Cristiano Ronaldo to join Shopee in a wide range of initiatives, starting with 9.9 Super Shopping Day.

Shopee, the leading e-commerce platform in Southeast Asia and Taiwan, announces its partnership with global football icon Cristiano Ronaldo as its newest brand ambassador. Cristiano Ronaldo will work with Shopee in a wide range of initiatives to engage and inspire people in the region, starting with Shopee’s signature annual shopping event, 9.9 Super Shopping Day.

Chris Feng, Chief Executive Officer at Shopee, said, “We are delighted to announce our partnership with Cristiano Ronaldo, one of the greatest athletes of our time. He is an inspiration to many, and his dedication to football matches the deep commitment we have towards our users. Together with Cristiano Ronaldo, we look forward to creating a lasting positive impact for our region.”

Cristiano Ronaldo said, “I am proud to be Shopee’s brand ambassador as we share the same ambition to be the best in our fields. I am always improving my game for my fans and my team, just as Shopee innovates to benefit their users in this region. I am excited by this partnership, and I look forward to creating more special moments for my fans together with Shopee.”

Shopee’s announcement of Cristiano Ronaldo as its latest brand ambassador is in line with the return of its signature annual shopping event, 9.9 Super Shopping Day. Cristiano Ronaldo will join a series of initiatives as Shopee brings users and fans across the region closer to the global football icon:

Catch the premiere of Shopee’s television commercial with Cristiano Ronaldo on August 16.

Find out more about Cristiano Ronaldo and 9.9 Super Shopping Day at http://shopee.ph/ShopeexRonaldo.

Download the Shopee app for free via the App Store or Google Play.

Treat your car well with Prestone and Rapide