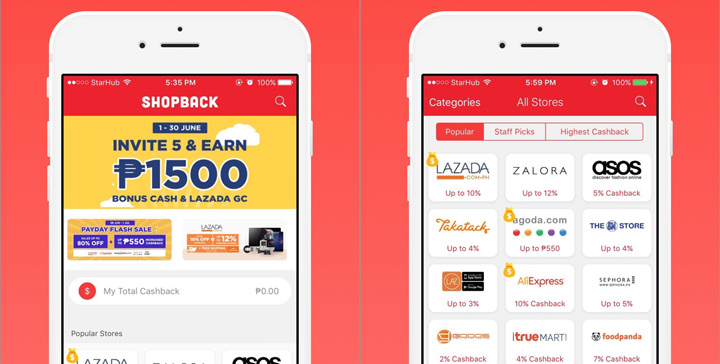 In celebration of its first anniversary, ShopBack Philippines will venture beyond the desktop to make its debut on mobile platforms. From today onwards, shoppers will be able to shop and save with greater convenience, at any time, anywhere from computers and mobile phones on Apple iOS and Android.

“Cashback literally means getting one’s cash back,” says Kristina Ay-ay, Country Head, ShopBack Philippines. “When we give shoppers Cashback, we’re returning them some of the money that they’ve used for their purchases. For instance, if you spent P1,000 on ZALORA via ShopBack, we’ll return P120 to you as Cashback.”

CashBack is also stackable as an extra layer of savings on top of existing store discounts and credit card rebates. Apart from Cashback, ShopBack Philippines also secures exclusive coupon and discount codes from online stores to help Filipinos save even more on their online buys.

“The population of the Philippines is now at around 102 million, but there are 116 million mobile connections here. That’s more than the population itself,” says Lai Shanru, Co-Founder of ShopBack in Singapore. “Introducing the shop-and-save concept via our mobile app launch is one of the important keys to unlocking a bigger share of e-commerce retail market in the Philippines.” 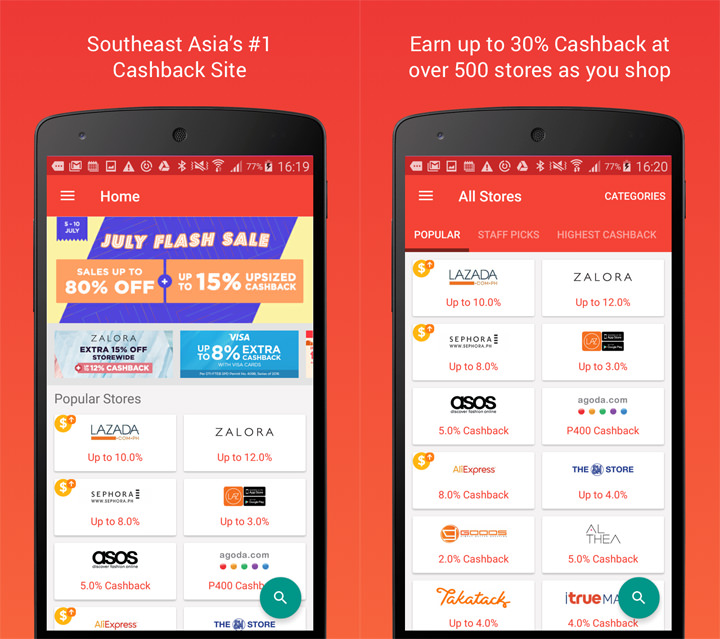 The shop-and-save Cashback concept that powers ShopBack may be new in Southeast Asia, but it is ubiquitous especially in the United States where shopping online and prudent spending go hand-in-hand. After seeding the concept via desktop for the past year, ShopBack Philippines is now prepared to take a bigger stride to further grow its presence here via mobile.

Fostering the growth of ecommerce in the Philippines

ShopBack uses a performance-driven model where retailers pay a commission to ShopBack only for successful purchases, which is a sound idea for retailers. In under a year, over 300 retailers have subscribed to ShopBack Philippines, including online stores such as Lazada, Agoda, AliExpress and CashCashPinoy.

“The number of e-commerce users is expected to reach 46.1M by 2020, which is an increase of almost 40% from today’s consumer scene. This forecast is consistent with the 20% month-on-month growth that we’ve been experiencing for the past year. We’re very bullish about the potential of the Philippines market,” Shanru adds.

“Everyone loves a good bargain. ShopBack’s shop-and-save concept in Cashback form serves as a good value proposition for both retailers and consumers alike. With our mobile app launch, we hope to serve fellow Filipinos better with the smarter shopping solution made available on more conveniently accessible platforms,” Ay-ay shares.

ShopBack Philippines expects over 100,000 mobile app downloads within the next six months, with a 30% increase in users.

How Win a Lenovo A536: Write an Obituary for Your Dead Phone