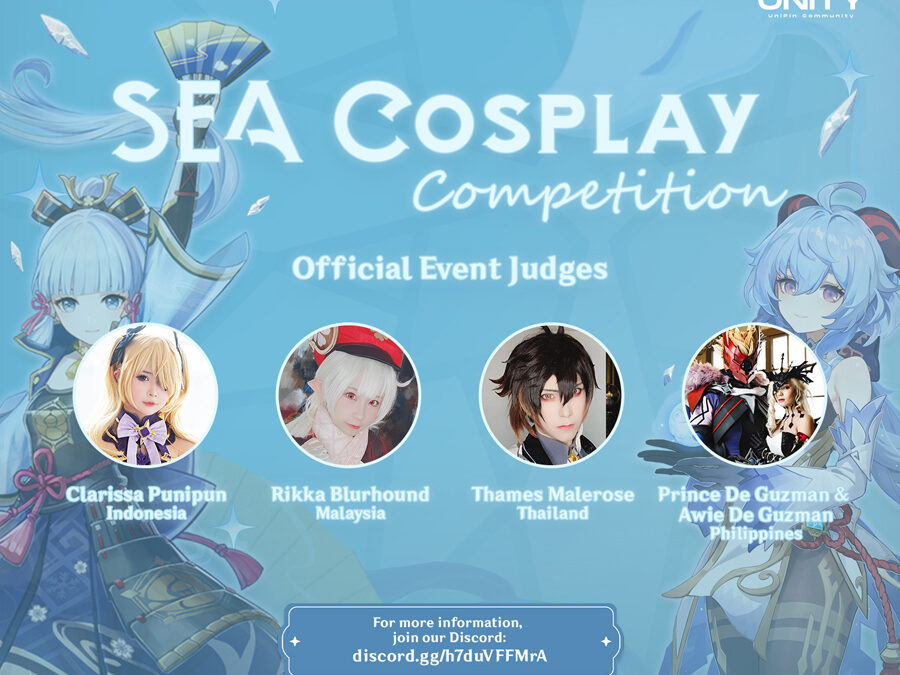 Manila, October 12, 2021 – As the best open-world RPG for mobile games today, Genshin Impact is closely related to the cosplaying world. Thanks to a lineup of cute and interesting characters that captivate gamers from all over the world, especially in Asia. This special relationship between Genshin Impact characters and their players makes cosplay one of the most anticipated events for Genshin Impact players.

To provide an opportunity for Genshin Impact players to express themselves, as well as familiarizing themselves with the characters that they have played, UniPin Community organizes SEA Cosplay Competition for the Genshin Impact communities in Southeast Asia.

UniPin Community itself is part of UniPin, the leading digital entertainment enabler from Indonesia. The collaboration between UniPin and Genshin Impact will facilitate the Genshin Impact players in all affiliated regions to top up Genesis Crystal easily using their preferred method.

To participate, participants will be challenged to portray one of their favorite Genshin Impact characters, and submit a minimum of three photos with different angles/poses. Participants are also allowed to submit additional photos and videos, which will provide extra points towards the judges’ assessment. The costumes used for cosplay itself can be homemade or made by someone else.

Participants of this international Genshin Impact cosplay competition will compete for a total prize of USD 3,000 or PHP 150.000 , which will be divided into several categories, namely SEA Best Cosplay, Best Male and Female Cosplay per country, and eight best cosplayers selected by the judges.

Debora Imanuella, SVP Community from UniPin, said that this event will bridge Genshin Impact fans and communities across Southeast Asia to express themselves through their hobbies.

“Being a cosplayer is a fun activity for many people. This competition was created by UniPin Community to be a platform where Genshin Impact fans can express themselves, as well as a means to channel the creativity of the cosplayers,” said Debora.

Cosplay competition is very popular and always attracts many fans, especially in the Asian region. The SEA Cosplay Competition is expected to be a competition that can attract more Genshin Impact players and cosplayers in Southeast Asia, as well as introducing the game to a wider audience.

Through the collaboration, UniPin and Genshin Impact hopes that fans can have a more immersive gaming experience, from the top-up convenience to offline events like this SEA Cosplay Competition. For the Genshin Impact community who are interested in participating in the SEA Cosplay Competition, please register at https://bit.ly/UNITYSCC and visit UniPin community official Instagram https://www.instagram.com/unipincommunity/ to find out the complete terms and conditions.

Buy These Perfect Gifts for all Your Family Members This Christmas

Lenovo Makes Learning and Entertaining at Home Easier than Ever

Smart pulls out all stops in month-long GigaFest for subscribers