As the National Collegiate Athletic Association (NCAA) Season 90 progresses, defending champions San Beda Red Lions once more launch a fresh bid for the championship crown, this time with the support of LG Mobile. 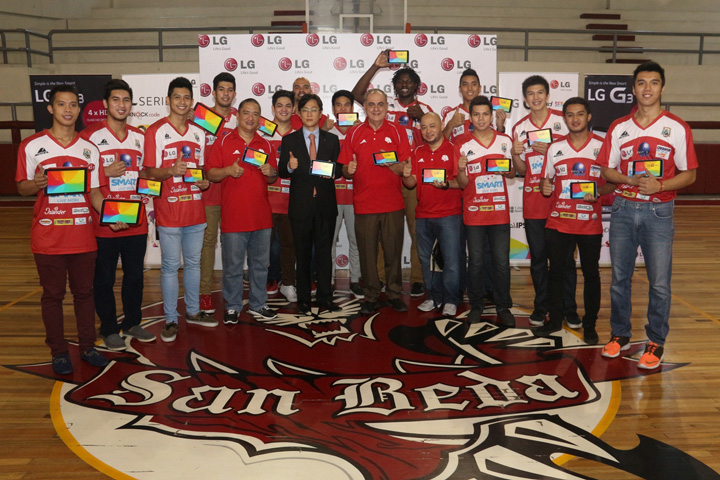 The global technology innovator powers the Red Lions team this season with units of the new LG G Pads given to each member of the collegiate squad to keep them inspired and in touch with their family, friends and teammates, catch up with their academic endeavors through a device that can be accessed on the go, as well as be entertained by video or Internet browsing in between arduous practice sessions and games. 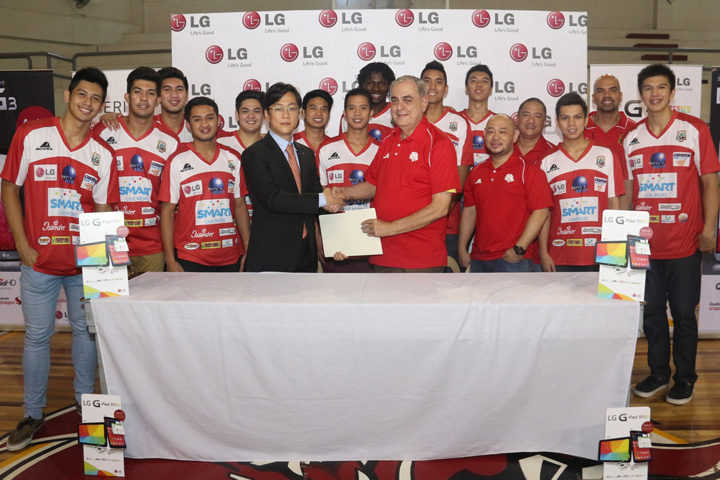 Vice president for LG Mobile Philippines Jay Won said, “We have chosen the San Beda Red Lions to represent the G Pad models we have just introduced in the Philippines. Their skills and dedication are without a doubt one of the best in today’s collegiate basketball.”

Won added that the Red Lions aptly embody the LG G Pad Series’ quality features along with its mantra ‘This is our launch pad. Let’s take off.’ “The team’s drive for excellence perfectly encapsulates the LG G Pad’s philosophy of taking off and launching one’s self to life. We couldn’t have found a better team that shares the same ideals as LG.”

Meanwhile, Edmundo Badolato, San Beda Athletics Moderator, expressed his appreciation. “Thank you, LG, for being part of our efforts to once more take off and really launch the San Beda Red Lions to championship this year. We hope that this partnership will last, and that we continue to go forward and try to reach the same goal. We believe that more than a sponsorship relationship, this is really now a partnership where we share the same vision.” 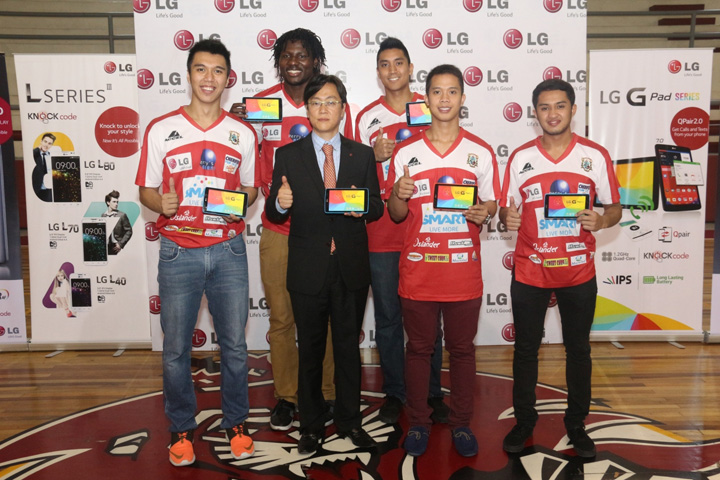 Following the successful PH launch of the LG G3 last July, LG recently unveiled its two new tablet models, starting with the G Pad 7.0 and followed by the G Pad 10.1. LG’s smallest tablet, G Pad 7.0, gives users a truly portable entertainment hub that delivers both mobility and power. And the G Pad 10.1 boasts an expansive display powered by an 8,000mAh battery that gives users an immersive experience for hours and hours of entertainment wherever, whenever. 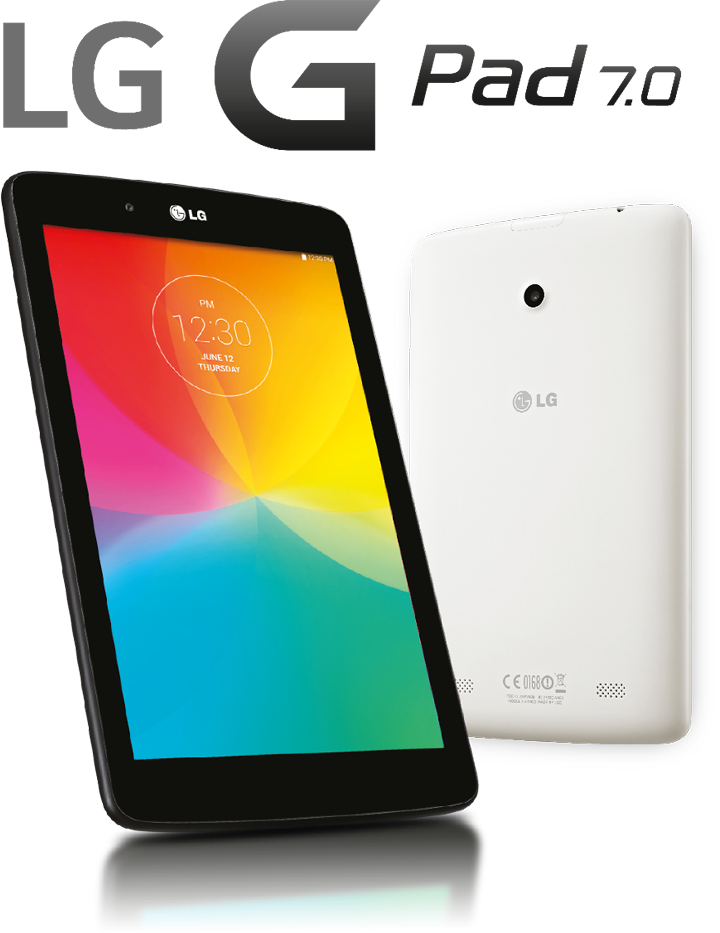 The two new G Pad devices offer just the right balance of performance, personality and price to fill the gap between entry and premium tablets. They are indeed great additions to LG’s first G Pad, the LG G Pad 8.3, which was launched in 2013.

The new LG G Pad models feature a 1.2 GHz Quad-Core processor, 1GB RAM and a True IPS HD display (1280 x 800), housed in a stylish and ergonomic body with the G Pad 7.0 available in black and white, while the G Pad 10.1 in black and red. With their rounded edges, the tablets are designed to be held comfortably using one hand. 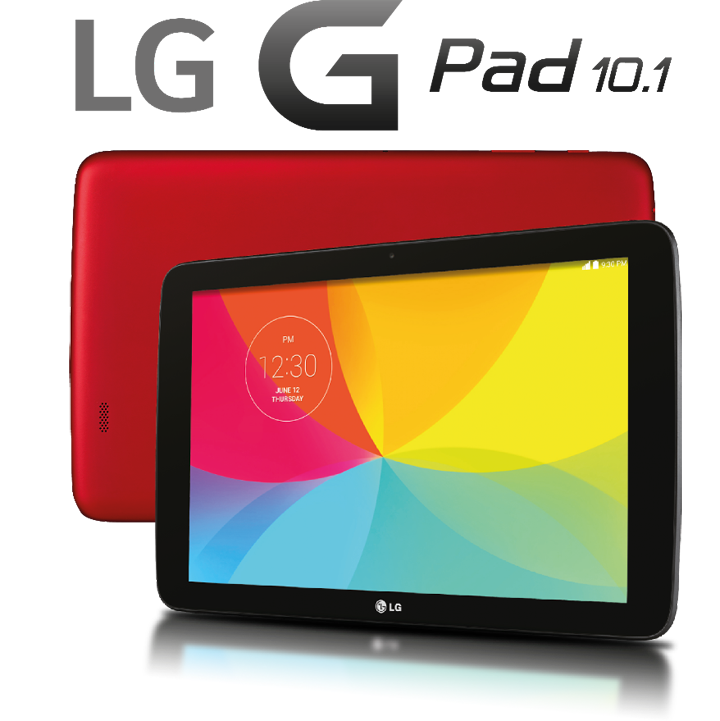 Won said, “Filipinos are fans of tablets and tablet usage here in the Philippines is catching up with smartphones. That is why LG wants to provide them with more options in size, looks, and affordable prices that incorporate the best of LG’s core technologies perfected after years of research and our ‘learning from you’ approach. Our latest G Pads will indeed give consumers device options for their respective lifestyles and needs.”

LG’s effort to simplify the user experience across its entire mobile device portfolio continues with the new G Pad lineup. The graphical user interface (GUI) of all three tablets was designed to be clean, clutter-free and easy to navigate. LG adopted a minimalistic GUI design with flat graphics and a circular motif inspired by the LG logo, consistent with the look and feel of the recently unveiled LG G3 smartphone.

An amplified Q Pair 2.0 can be experienced as well in the new LG G Pads as users can now answer calls and texts through their tablets just by “Q Pairing” their phone to the device.

The new LG G Pads will also include the acclaimed KnockCode security feature so customers can power on and unlock their G Pad in one step with a pattern of taps. The G Pad will recognize up to four sets of knock patterns so family members can share the same tablet while still being able to keep their data and photos private.

Smart Keyboard and Dual Window will be also included in the tablet trio. As a key adaptive technology featured on LG’s latest G3 flagship smartphone, Smart Keyboard reduces input errors by up to 75 percent by tracking and analyzing typing habits and intuitively “knowing” what word the user intended to type. Dual Window can split the screen and run two applications at the same time, making multitasking easier than ever.

Over 90% of customers now on Globe GoSURF