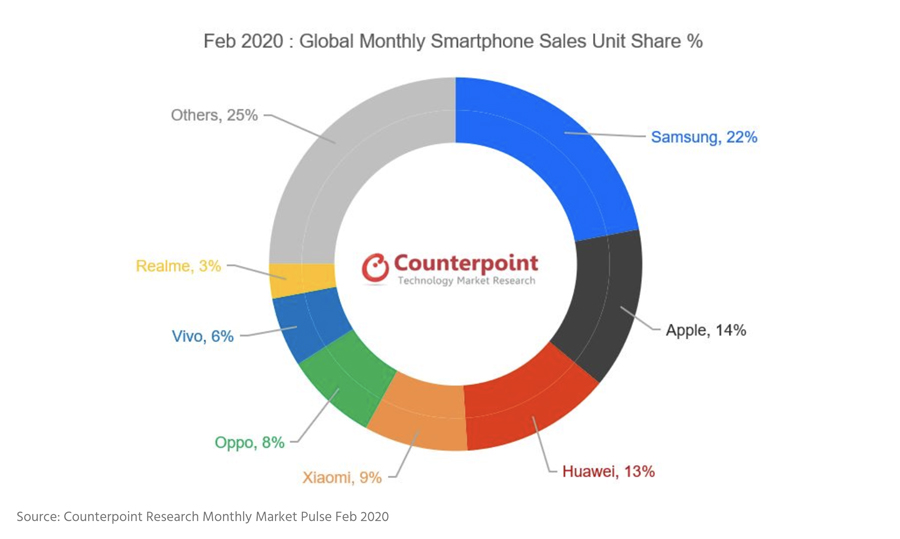 Fastest-growing smartphone brand realme shows resilience despite the market slowdown caused by the global pandemic, retaining the 7th spot in the global smartphone industry with a 2.7 percent market share. Realme sales have remained strong in spite of the 14 percent decline in the worldwide smartphone market, according to the February Monthly Market Pulse of Counterpoint Research, a global industry analysis firm.

The smartphone brand for the youth is grateful for the continued support of its customers and fan base to its disruptive, high-tier smartphones and wearables.

The technology sector is greatly impacted by the current situation. Many brands, including realme, however, continue to enforce skeletal work as global citizens to assist consumers worldwide in dealing with the current crisis.

In the Philippines, realme has extended the warranty and gadget replacement period for its products to support Filipinos during the mandated enhanced community quarantine. To help its fan base fight cabin fever and to give them more worthwhile reasons to stay at home, realme Philippines has launched different knowledge-sharing programs such as its Facebook livestream Squadcast and MasterShot series. The realme Philippines team is also dedicated to answering queries and concerns from customers through the realme Facebook community and the official realme Philippines and realme Stores Philippines Facebook pages.

The fastest-growing smartphone brand assures its customers that when the battle is won, the brand will be active in rolling out its own Smartphone + AIoT smart ecosystem that is well-adapted to the lifestyle of the youth.

Laundry 101: Here’s How to Clean Your Clothes Thoroughly

Celebrate and #ChooseGoodness with Eden Cheese

Send more love to your mom this Mother’s Day