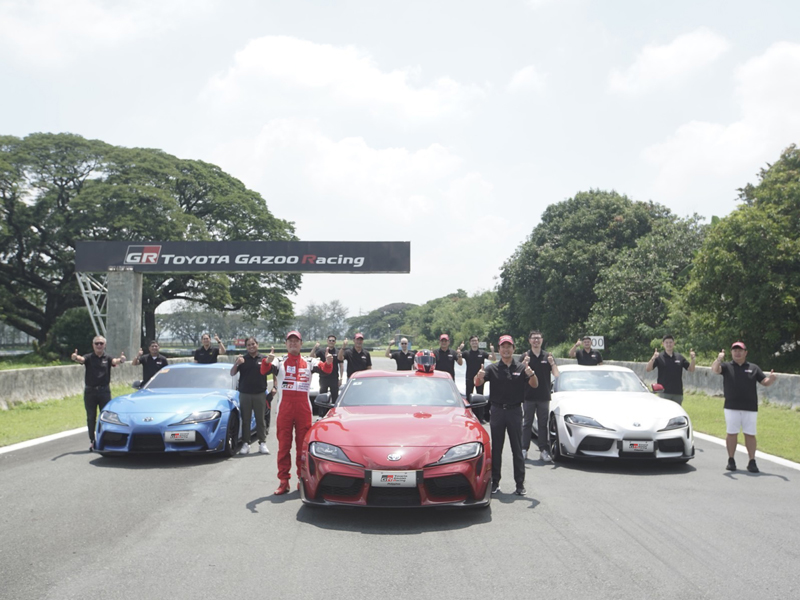 Driven by the TOYOTA GAZOO Racing global brand’s goal of pushing the limits for better, the GR Festival 2022 is a celebration of the growing love and passion for motorsports in the Philippines. The GR Festival aims to ignite the racer within everyone, with or without prior experience in racing.

Toyota Motor Philippines (TMP) Chairman Alfred V. Ty and President Atsuhiro Okamoto led some members of Toyota’s dealership network for an experience drive at the racetrack in the TOYOTA GAZOO Racing Festival 2022.  This activity is part of TMP’s aggressive drive to promote motorsports in the country and to empower Toyota dealers in the Philippines to deliver to their customers the “thrill and joy of driving” especially at this time when establishments and businesses are welcoming back visitors and patrons.

“We really love the energy here at the GR Festival, fueled by our shared love for cars, passion for the thrill and joy of driving, and driven by our common goal to promote motorsports in the country,” said TMP President Atsuhiro Okamoto. “In a way, this is our initiation in staging a very participatory and experiential racing event, and soon, we’d like to open more activities like this for the public to fully live and appreciate the TOYOTA GAZOO Racing brand.”

The participation of dealer partners from all over the country is also very important, since this first-hand experience in testing the cars under the harsh conditions of motorsports exhibits our success in enabling our network to have a deeper and more meaningful understanding of Toyota’s “ever-better cars”.

“This event enabled us and our team members to experience firsthand the fun in driving our vehicles and be able to test its full potential on the racetrack.” Mr. Cosco Oben of Toyota Balintawak shared about his first GR Festival. “It leaves us with the statement that indeed our vehicles are really fun to drive again and it’s easier to share this to our clients because we had first-hand experience in driving our GR cars on the track.”

In keeping with GR’s heart-pumping thrill theme, the event also became a venue for the surprise preview of the All-New Toyota GR 86 – the latest addition to TMP’s growing GR car lineup. Following this unveiling, the hotly anticipated sportscar will be available for preorder starting August 6, 2022.

To know more about the TOYOTA GAZOO Racing brand, you can visit the following GR Performance Dealership:

TOYOTA GAZOO Racing is part of TMP’s aggressive drive to promote motorsports in the country and deliver the “thrill and joy of driving”, uplifting Toyota’s image to more than just a practical brand.

A Much More Financially Mobile ‘Iponaryo’

McDonald’s makes your favorite burgers Fresh N Tasty, just the way you like it