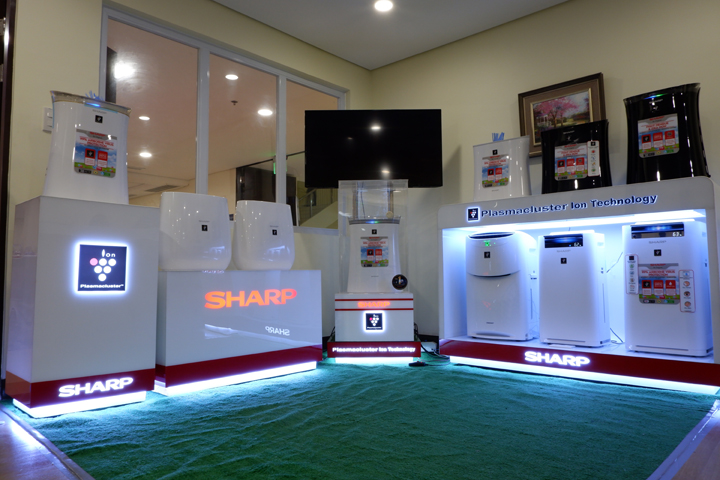 QualiMed – a healthcare network committed to providing appropriate, accessible, and affordable healthcare to Philippine communities – teams up for better health for all with Sharp (Phils.) Corp., an electronics manufacturer dedicated to the use of innovative technology for the benefit and welfare of the people.

Under the collaboration, QualiMed Health Network relaunched its newest facility, the QualiMed Hospital – Sta. Rosa (QualiMed STR), through an event held last March 22, 2018 at the QualiMed Training and Research Center (QTRC) housed at the Laguna hospital. During the event, which was attended by medical professionals and top executives from both QualiMed and Sharp, QualiMed STR and QTRC showcased their state-of-the-art facilities and latest medical technologies.

The highlights of the event included surgery and technical training simulations by QTRC, an experiential tour of the hospital facilities, and a product showcase for Sharp’s Plasmacluster Ion Technology installed in the hospital’s ER, ICU, and OR air duct systems. QualiMed continues to elevate its healthcare delivery not only through the services of well-trained medical and administrative support teams, but also through the provision of modern medical systems and technologies.

Plasmacluster technology is Sharp’s original air disinfecting technology for suppressing the effects of airborne viruses and breaking down and removing airborne mold. Sharp has been involved with academic marketing, in cooperation with global testing organizations since 2000, to verify the effectiveness of Plasmacluster Ion Technology.

The effectiveness of controlling hazardous substances such as new types of the influenza virus, drug resistant bacteria, mite allergens, and also reducing the risk of tracheal inflammation in asthma patients has been proven in 28 tests worldwide. Sharp aims to continue such types of studies to explore even more benefits that the Plasmacluster technology can support the society with.

QualiMed is continuously delivering Alagang Abot-Kaya, its own healthcare service commitment to lead the way in making the Philippines healthy. The cooperation between QualiMed and Sharp leans towards this goal of establishing sustainable, healthy environments thus contributing to progressive communities and nation building.

Give Mothers the comfort they deserve with UNIQLO LifeWear