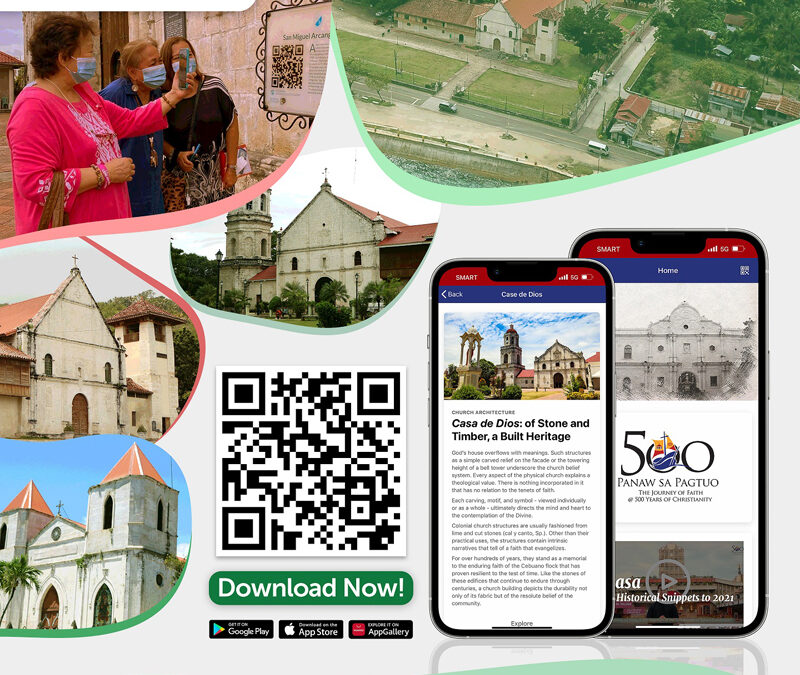 After two years of limited movement due to COVID-19, pilgrims are now ready for in-person Visita Iglesia, a century-old Catholic Holy Week tradition.  09159009272

Among Carcar’s most renowned, the church’s present-day structure was built in 1860. However, the bell in its belfry is inscribed with the year 1810, suggesting that a previous church may have already existed earlier.

Sibonga’s first-ever church is popular for its grandiose seven-panel painting depicting The Creation.

Built in the 18th century, this church towers at 72 meters. The church’s oldest bell, embossed with San Agustin’s image, remains in the church’s massive five-bodied belfry to this day as the only bell of its kind.

Built in 1802, the church is a National Historical Landmark, according to the National Historical Institute (NHI). It is among the few churches that still has its original retablo—a pantheon of Augustinian saints in four niches flanked by a tribuna (raised balcony).

This church is believed to have been reconstructed out of its own charred remains a year after a devastating attack. Despite its grief-stricken history, it has been considered a historical treasure by the NHI and the National Museum.

This church was built because of churchgoers’ pleas, at a time when residents had to walk 18 kilometers to attend mass in Oslob. Completed in 1898, the church was originally built facing the sea, but eventually faced the highway starting in 1960 to accommodate churchgoers.

Among Cebu’s oldest, this church was built in 1842. While records say the church was reconstructed in 1915, they don’t indicate the changes. The church is a nationally protected heritage structure by the National Historical Commission.

Thinking of a short vacation? Get the most out of the long weekend with ShopeePay