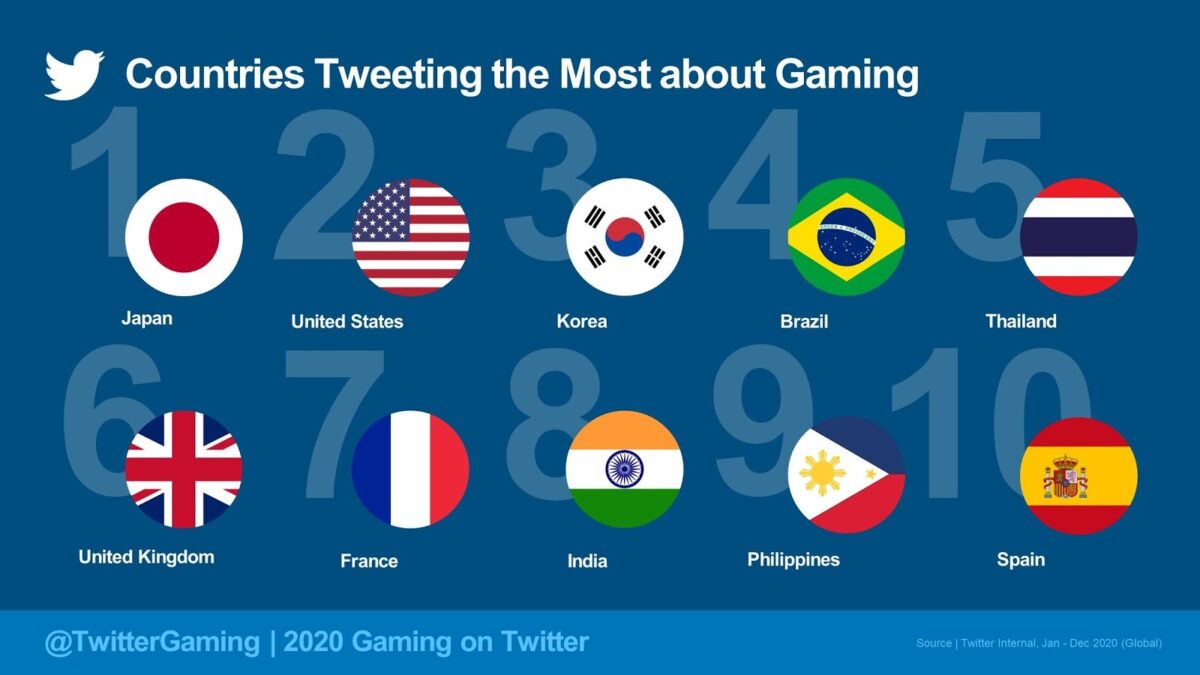 PH ranks 9th on countries Tweeting the most about Gaming

Manila, 12 January 2021 – 2020 was the year we stayed at home and where we all played video games more than ever before. For the first time ever, there were more than 2 BILLION Tweets about gaming throughout the year. This is up 75% from 2019, with a 49% increase in unique authors.

Gaming fans around the world came to Twitter to talk about the biggest moments of the year and used it as a place to connect with fellow gamers when many couldn’t connect in person. The presence of Filipinos who are passionate about gaming was also felt on Twitter. In fact, the growth of conversations on gaming in the Philippines rose to 87% from 2019 to 2020.

From 2019’s top 10 finish, the Philippines now ranks 9th on countries that Tweeted the most about gaming in 2020.

Filipinos did not miss a chance to know what’s the latest in the gaming scene. Be it from the hottest games such as Animal Crossing: New Horizons (@animalcrossing) to League of Legends (@LeagueOfLegends), Twitter became the field where Filipinos and people around the globe actively express their passion for gaming.

Here are the most talked about games among Filipinos on Twitter in 2020:

Despite the physical distance, Filipinos and their favorite gamers and teams are just a Tweet apart. It’s on Twitter where they find updates straight from the source. Here are the most talked about Esports Team among Filipinos on Twitter in 2020:

The gaming industry’s arena is the whole globe. From global championships to major announcements, Twitter continued to be the virtual esports bar in 2020. The esports conversation was up 14% compared to 2019.

Here are some of the most gaming topics on Twitter globally in 2020:

What’s next for 2021?As 2021 kicks off, the conversation around gaming is sure to continue. With next gen consoles in the wild now, which games will dominate the conversation like Animal Crossing has? Will FaZe Clan continue its reign as the most talked about esports team? Who are the gaming personalities to watch out for? Stay updated on #WhatsHappening and keep an eye out for updates!

LG Envisions A Future Made Better, Safer And Easier With Its Advanced Solutions At CES 2021

All Day, Any Day! Goldilocks All Day Breakfast

Adulting in a Pandemic 101