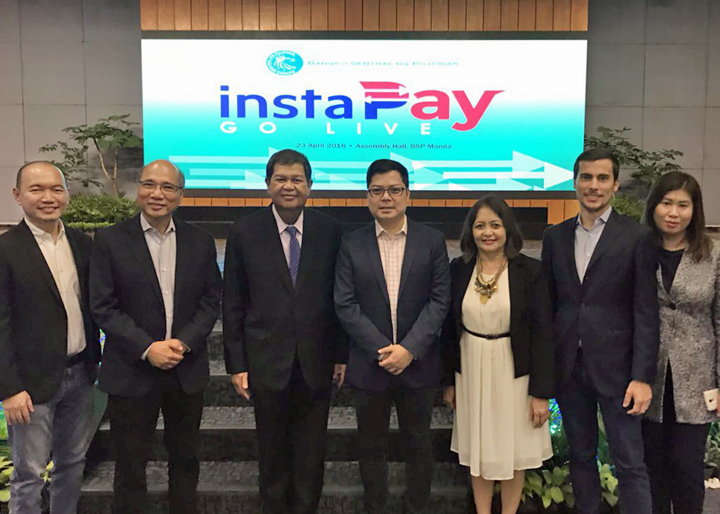 PayMaya account holders now have even more ways to add money to their digital wallets with the most recent launch of InstaPay as well as the addition of more bank partners in PayMaya’s growing list of Add Money channels.

Through InstaPay, account holders can now easily transfer amounts of up to P50,000 from their bank accounts and receive them in real time to their PayMaya accounts anytime and any day of the week. Initially, through InstaPay, depositors of Asia United Bank, BDO, China Bank, Chinabank Savings, Equicom Savings Bank, Security Bank, and UnionBank are now able to send money to their PayMaya accounts. More bank and non-bank partners will be added in the coming months as they get accredited by the BSP to be part of InstaPay.

PayMaya is one of the first two Electronic Money Issuers (EMI) in the country that is able to receive money transfers from these sending banks, allowing for a seamless and more convenient money transfer electronically to PayMaya accounts nationwide.

To send money to PayMaya via InstaPay, depositors of these banks only need to log on to their respective online or mobile banking facilities and look for the InstaPay option, where they can enter the transaction details such as the PayMaya mobile number and the amount they want to transfer.

InstaPay is an initiative led by the Bangko Sentral ng Pilipinas under the National Retail Payments System (NRPS) framework that aims to further boost the amount of digital financial transactions in the country, in line with its goal of increasing the share of digital transactions to 20% by 2020 from 1% at present.

PayMaya, along with Voyager’s financial technology arm FINTQ, has been making inroads toward this goal over the past several years as it aims to help have at least 30 million Filipinos to be financially included by 2020 via its various digital products and services.

“This is yet another milestone in our drive to help build a ‘cashless’ ecosystem throughout the entire country. With the help of InstaPay and our bank partners, we are bringing more ways for our account holders to add money to their accounts, which will help them take advantage of the growing digital economy here and around the world,” said Orlando B. Vea, President and CEO at PayMaya Philippines. PayMaya is the digital financial services arm of PLDT and Smart’s Voyager Innovations.

Vea is also the representative of all Electronic Money Issuers (EMI) that are participants to InstaPay as members of the Philippine Payments Management, Inc. (PPMI). Aside from PayMaya, the other EMIs are Mynt, NationLink, and OmniPay.

Aside from InstaPay, PayMaya account holders may now also add money to their accounts via the online bills payment facilities of Unionbank, RCBC, and BDO, among others.

Once they have added money to their accounts, PayMaya account holders may explore a world of digital possibilities through online shopping, bills payment, buying of airtime load, as well as paying in thousands of partner merchants nationwide through their PayMaya cards or PayMaya QR, for a truly cashless experience anytime, anywhere.

Get up to 40% off on Anker powerbank, security camera, and Bluetooth speaker on Shopee