The Motorola Moto Z2 Play, the sequel to last year’s Moto Z Play, is now available in the Philippines. The Z2 Play belongs to the Moto Z line up which offers modular, slap-on, sold-separately accessories called Moto Mods. Available Mods include a portable projector, a 10x optical zoom camera, a power bank, a loud speaker, and fashionable rear covers. The Z2 Play’s main allure seems to be a mix of good battery life, a vivid Full HD Super AMOLED display, a metallic body, and its readiness for any Moto Mod you slap on to it. There are no dual selfie cameras, no dual rear cameras (no bokeh, no wide angle, no zoom set up), no force touch, no bezel-less infinity display, just a back-to-basics approach plus the best implementation of modularity on a smartphone. Full specs and bundled-up promo accessories below. 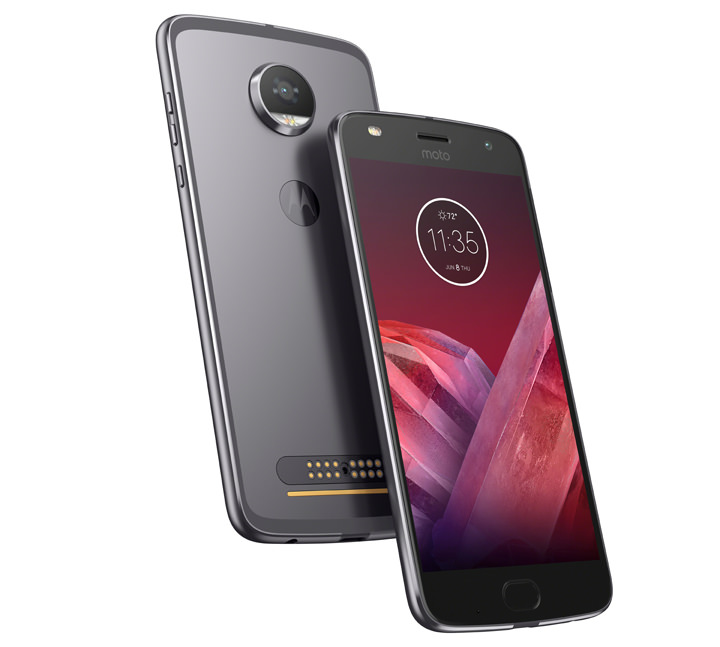 The P24999 Moto Z2 Play sits alongside similarly priced phones, some of which are proven to have great cameras: the Huawei P10 and still good Huawei P9 (both with dual rear cameras for impressive details in black and white stills and bokeh; but the P9 tends to hang and both phones are not for those with shaky hands), the still-good LG G5 (the first phone with dual normal field of view and wide angle rear cameras for more-of-the-scene-capture without stepping back, also impressive in low light and in capturing non-shaky FHD videos, but with only a 6-hour battery life), the ASUS ZenFone 3 Zoom (with the iPhone 7 Plus-like dual rear normal field of view and zoom cameras, but with non-impressive rear camera images), the OPPO F3 Plus (dual front cameras for normal selfies and wide angles selfies, “the” midrange big phone for media consumption and no-selfie-stick wide angle groufies), and the Vivo V5 Plus (dual front cameras for bokeh effect in selfies and lower priced at P20k). And then there’s last year’s Samsung flagship, which has awesome cameras and even won an award. Compared to these, the Moto Z2 Play, as far as camera innovation goes, may be a bit behind. 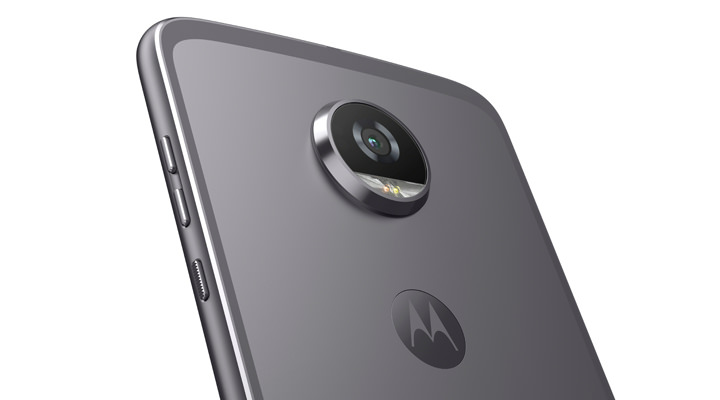 There a few silver linings. The Moto Z2 Play has fast-charging battery (common even among budget phones these days), has the best implementation of modularity via the Moto Mods (the LG G5 does not), features a big 5.5-inch Full HD Super AMOLED display, which provides good contrast under the sun (so you can read your text messages better). But it has a dated design (at a time when even midrange phones are becoming bezel-less), has no dual front or rear cameras (even when midrange phones have them, and we’re not liking that huge camera bump on the phone’s rear, which is practically a reason to buy a Moto Mod to cover it up.

So we could be wrong.

We’ve been informed that the T4 Gadget Show is preparing a thorough review of the Z2 Play and you may want to subscribe to their YouTube channel and their Facebook page so you don’t miss that review, especially if you’re a Moto fan.

Where to Buy and Promo Freebies

The P24999 Moto Z2 Play will be available in three exclusive Motorola outlets at the CyberZone areas of SM Mall of Asia, SM Megamall, and SM North EDSA starting July 21. it will also be available on Lazada. When you buy the Moto Z2 Play from July 21 to August 31, the package comes bundled with the Moto Style Shell Mod, a protective metal bumper, a selfie stick, and a liquid nano-screen protector.

Win a Summer to Remember at Crowne Plaza Manila Galleria