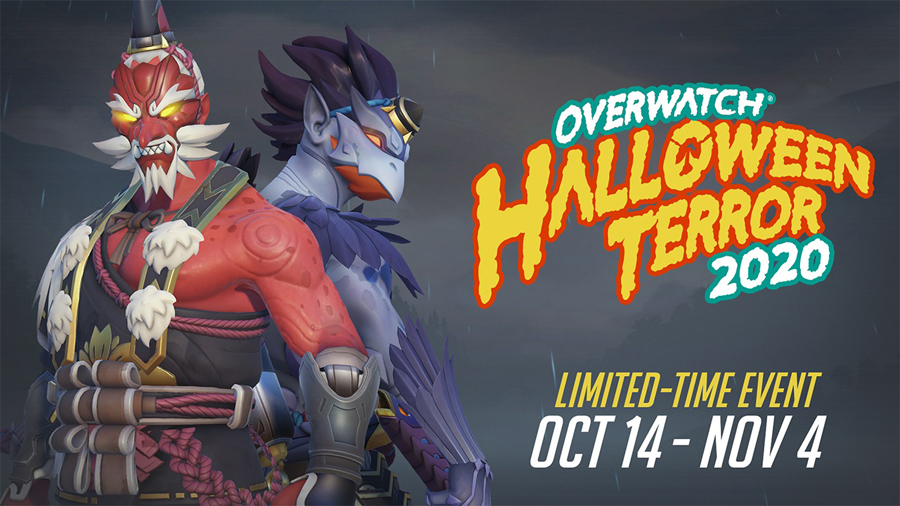 We’re deadly serious – Halloween Terror is now live on PC, Xbox One, PS4, and Nintendo Switch! Cosmetic unlocks from previous events will also be available, alongside new rewards you can earn this year. Log in from October 14 through November 4 for some scary good fun!

This year, Junkenstein’s Revenge will release two challenge missions per week, for a total of six.

Week 2: Volatile Zomnics, Three They Were

Baptiste (The Renegade) and Ashe (The Outlaw) have also been added to Junkenstein’s Revenge.

Weekly Challenges can be completed in Quick Play, Competitive Play, or the Arcade for limited-time sprays, player icons, and an epic skin on top of standard earnings normally received for playing Overwatch.

Aside from the Weekly Challenge rewards, new rewards consist of 5 Legendary Skins:

Check out the Halloween Terror 2020 event trailer at https://youtu.be/h_Q28LFr_6U and the event site at https://playoverwatch.com/en-us/events/halloween-terror/

Frightfully excited to see you in Overwatch!

Easy Ways to Keep Your Home Clean, Healthy, and Pollution-Free

Bring on New Beginnings with a New Toyota!