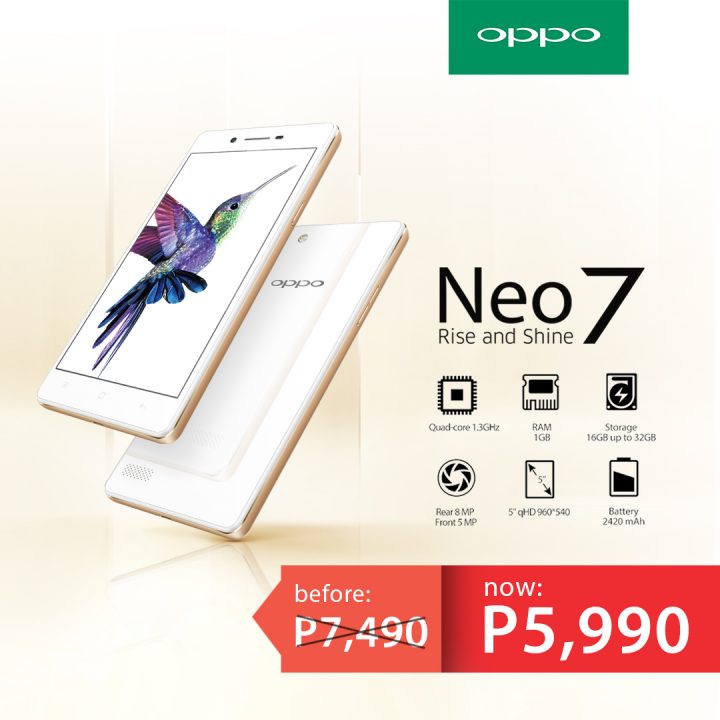 Launched in October of last year the OPPO Neo 7’s price is slashed from P7490 to P5990. This promo starts on September 16, 2016, making the Neo 7 an affordable and stylish gift this holiday shopping season. Get the Neo 7 in OPPO concept stores and dealer stores nationwide.

Pictures, or it didn’t happen – capture memories over the holidays with the Neo 7’s capable rear and front cameras

The Neo 7’s 8-megapixel camera comes with a wide F/2.0 aperture that lets in more light for clearer night images, which can be enhanced further using the phone’s night mode feature. Its light-sensitive sensor adjusts screen brightness to different lighting conditions, making it an ideal camera for night-outs with families and friends. The phone also uses 11 various filters so that image enhancement will no longer require too much intervention from camera apps.