Home > Lifestyle > Nowhere to go but UP: PayMaya supports the UP Men’s Basketball Team for the UAAP’s 82nd Season 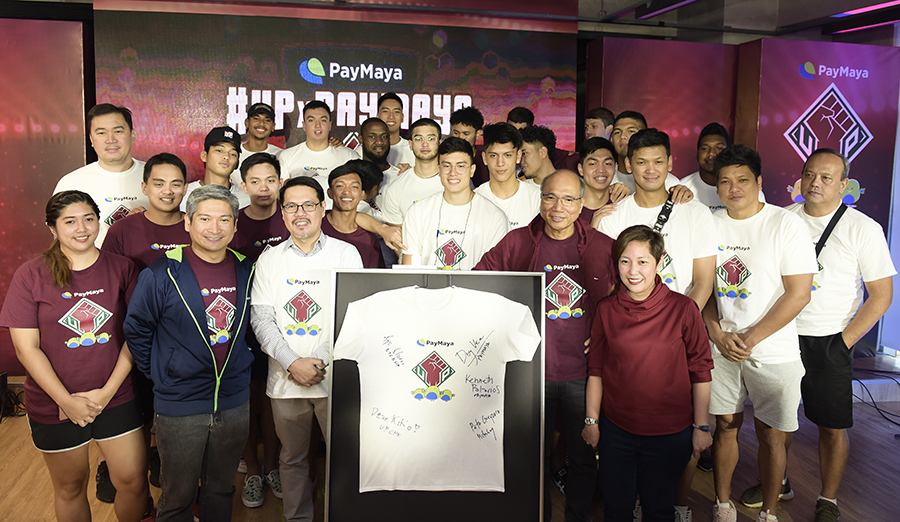 Nowhere to go but UP: PayMaya supports the UP Men’s Basketball Team for the UAAP’s 82nd Season

There is nowhere to go but up for PayMaya Philippines, the country’s leading digital payments company, as it officially backs the UP Men’s Basketball Team in the upcoming Season 82 of the University Athletic Association of the Philippines (UAAP).

The UP Fighting Maroons have recently gained immense popularity due to their stellar performance in the last UAAP season. Iskos and iskas all over the country, along with many Filipino basketball fans, cheered for the team considered by many as perennial underdogs in the collegiate basketball tournament.

“As a home-grown digital brand that aims to change the game for the Filipino consumers and enterprises, the story of the UP Men’s Basketball team, along with their hard work, grit, and passion for excellence, resonates very well with all of us at PayMaya”said Orlando B. Vea, Founder-CEO of PayMaya Philippines.

The UP community, headed by the University President, Danilo Concepcion, also expressed his excitement about this partnership. “We’re thankful to PayMaya for the trust and the faith they have placed in our basketball team. Having the support of a young and innovative brand like PayMaya, will definitely give us the much-needed boost to step up our game. We couldn’t be more excited to go on this journey to the finals with them, and to deepen our collaboration with PayMaya in the future,” Concepcion said.

“The UP Men’s Basketball Team is extremely grateful for all the support that has come our way the past year, and we’re more than glad to welcome PayMaya into the growing UP Fighting Maroons family. As we gear up for the upcoming season, we need all the support we can get and local brands such as PayMaya help us get to where we want to be,” added UP Men’s Basketball Team Head Coach Bo Perasol.

This is not the first time PayMaya Philippines showed support to a promising sports team and endeavor. Just recently, the brand backed PayMaya Highflyers at the Premier Volleyball League, flying high with the team until the finals. Afterwards, the brand also threw in their support towards the Maharlika Pilipinas Basketball League which features teams representing their regions in a semi-professional tournament.

Now, as the UP Fighting Maroons prepare for the start of this year’s UAAP season, PayMaya extends its support to the league’s most-anticipated team by also providing the student-athletes a digital way to spend their allowances with their very own PayMaya account.

With PayMaya on hand, the players will be able to kickstart their cashless living, allowing them to use their money in the most secure and convenient way, so they can focus their energy on their daily training.

During the launch, the UPMBT players received their very own PayMaya cards which they linked to their PayMaya app so they can get the most out of their cashless experience. With PayMaya, they can easily shop online and in their favorite establishments, send and receive money to and from their loved ones, pay bills, buy discounted prepaid load and gaming pins, and many more.

Download the PayMaya app now and experience cashless living like no other. All you have to do is register an account, add money, and start paying for the things you love. To know more, visit www.paymaya.com.

Taiwan ushers in the future of ‘smart healthcare’

Personalize your coffee and discover which suits you best