Multi-awarded news anchor and veteran radio host Mike C. Enriquez, adds another distinction to his illustrious career after being named as the Philippines Most Trusted Radio Presenter at the recent Readers Digest Trusted Brands 2016 awarding ceremony.

“I heard it was the first time they gave out this award so I am very honored, Enriquez told media after receiving his award. 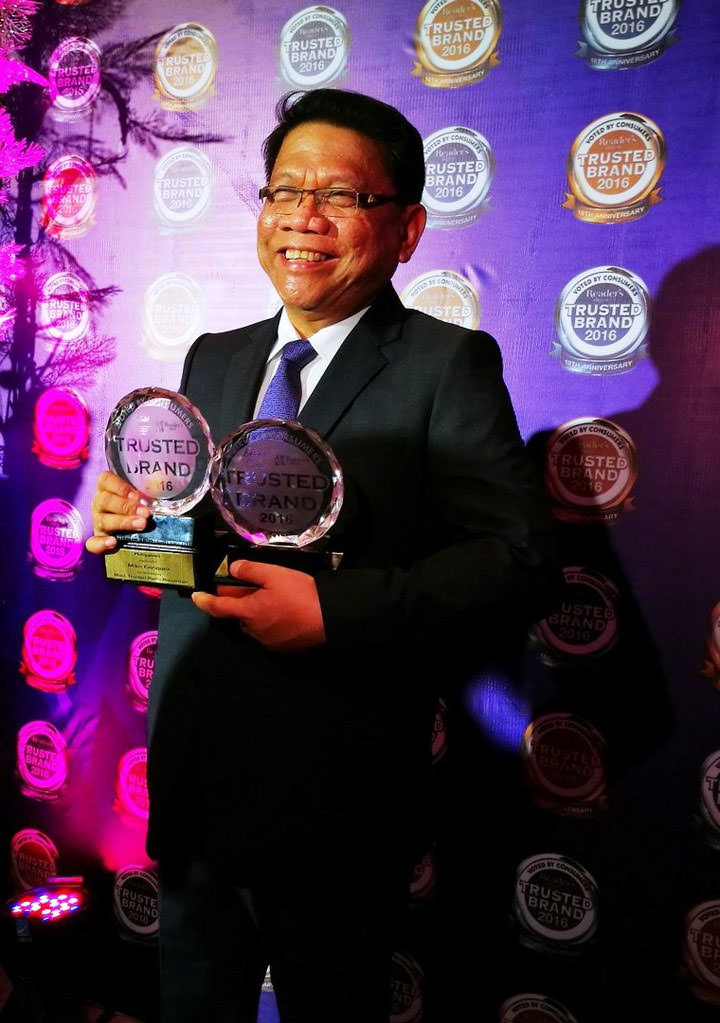 “Being called “Most Trusted” is very humbling since this one is from the Reader’s Digest Survey, which is in itself a very trusted award giving body. This is a result of a survey conducted from among its readers and not an award that you can apply for. They just send you a letter one day to inform you that you have been named by their readers as the one they believe in most,” he said with pride.

Enriquez can be heard on Super Radyo DZBB’s programs – Saksi sa Dobol B, Super Balita sa Umaga Nationwide, and Imbestigador Sa DZBB. He is also one of the anchors of GMA’s flagship news telecast, 24 Oras, and hosts the investigative public affairs program, Imbestigador.

His advice to aspiring journalists? “Don’t mind the pay. Don’t mind the long hours…and have a passion for the truth. Just stick to the truth and nothing will be too difficult.”

“You speak well when you speak the truth and you speak from the heart,” he said.

“For the past 18 years, we have been surveying the people of Philippines and consumers in major markets across Asia, about which brands they depend on, believe in and that they expect to provide premium value and exceptional service,” notes Walter Beyleveldt, Reader’s Digest Managing Director, Asia Pacific.

“Every survey we ask thousands of people – both our readers and a representative sample of consumers in each market – to tell us which brands they consider worthy of their support, custom, and their trust. Not only have we learnt which brands consumers follow, we have discovered a lot about what trust means and how it wins the hearts of people across Asia.”

For Consumers, by the Consumers

The survey covers 44 categories of products and services across a wide range of industries.

Around 1000 respondents were surveyed in the Philippines. Half were subscribers to Reader’s Digest, while the remainder were selected to reflect the demographics of the general population.

The final ranking in each product category were obtained by multiplying the total number of votes for a brand with its average score for six qualitative characteristics. For statistical accuracy and to ensure results were compiled in an objective manner using proven methodology, the data was weighted to reflect the population distribution of participants.

Platinum Trusted Brand Awards were given to brands that performed exceptionally, winning their category with a score that vastly outpolled their nearest competitor. 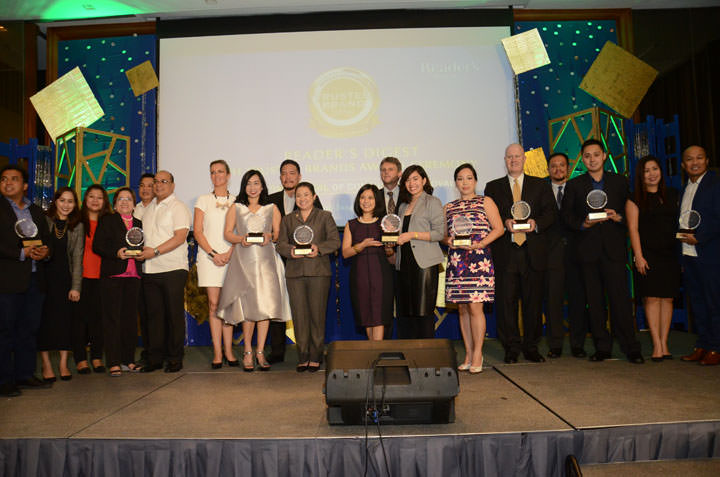 Gold Trusted Brand Awards were given to brands that scored significantly higher than their rivals.

Asia Trusted Brand Awards were given to a brand that wins Reader’s Digest Trusted Brand award in the same category for at least three countries surveyed.

Recipients of the Trusted Brand awards will receive given a Trophy and will be allowed to use the globally recognized Trusted Brand Logo in their marketing collaterals and merchandising materials.

Brother Philippines marks 15 years of innovation and service to Filipinos

Level Up and Get Bigger GBs with Globe Prepaid’s GoSAKTO