Because two is more delightful than one! 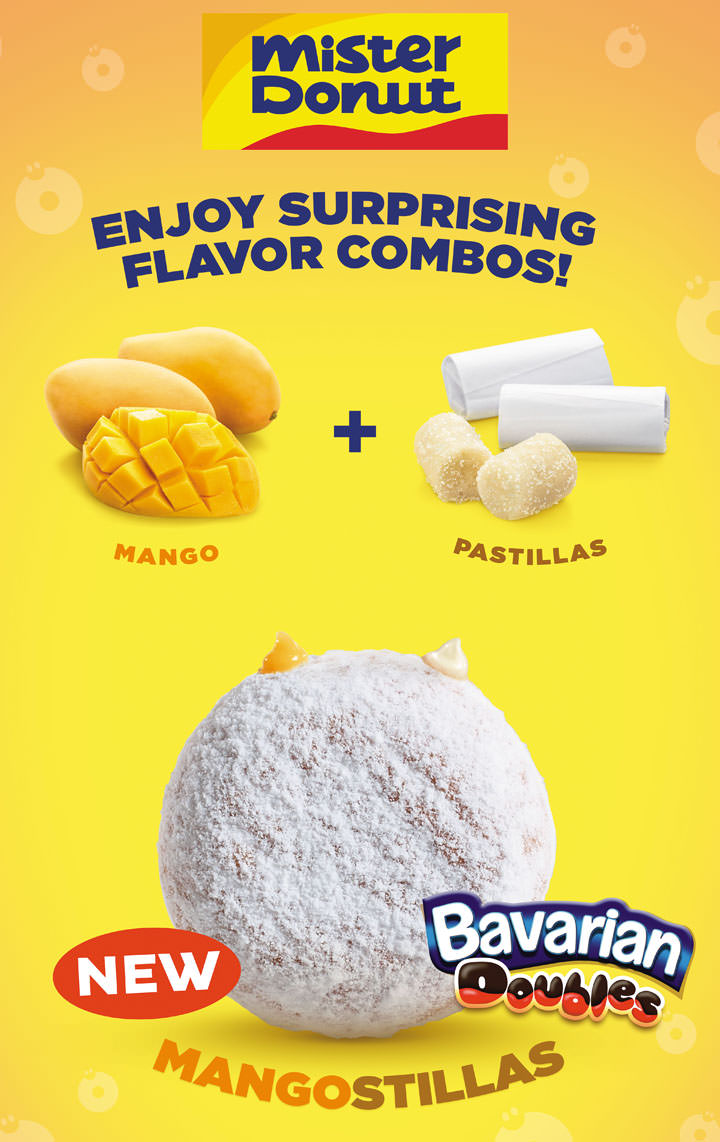 The name “mangostillas” was coined in Mister Donut’s latest TV Commercial. See below.

The more famous Bavarian Doubles and one that already has a strong following among the Mister Donut customers is Chocolate and Bavarian, is now called Chocovarian!

Lenovo this June - gadget sale up to 70% off, cash back program for ideapad buyers, Accidental Damage Protection program launched

Grab, Quezon City Provides Thousands of Livelihood Opportunities to Help the City Recover From the Pandemic

Haier Asia’s President and CEO Yoshiaki Ito, is on for a change