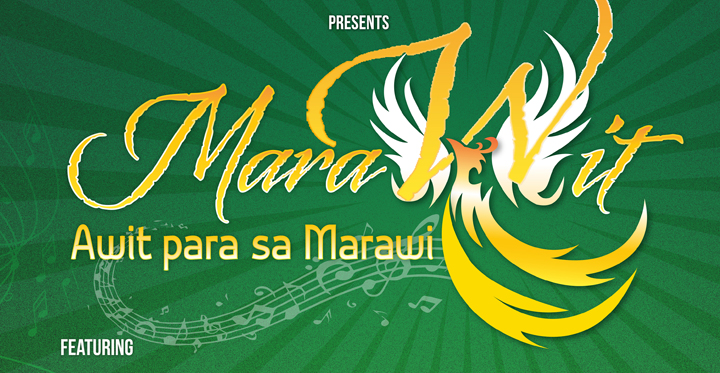 The UP Alumni Association (UPAA), in cooperation with the Sigma Rho Fraternity Alumni Council, is staging a concert entitled “MarAwit… AwitparasaMarawi” on February 27, 2018 (Tuesday), at 6:00 pm, at the UPFI Film Center in UP Diliman, Quezon City. The project is intended to raise funds towards the education of the afflicted children of Marawi City in the wake of its recently ended occupation by Maute Group-ISIS rebels. 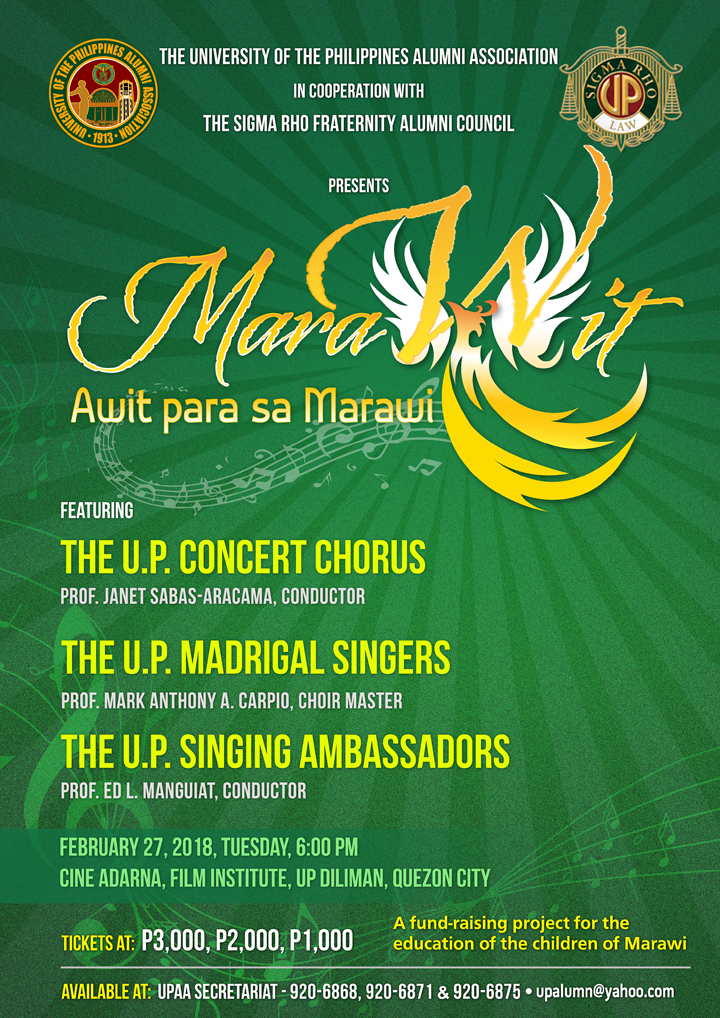 A concert of songs performed by the three most awarded choirs in the University and in the country namely; the UP Concert Chorus [UPCC]; the UP Madrigal Singers [UPMS]; and the UP Singing Ambassadors [UPSA]meant to embody, describe and express the greater suffering wrought by a war – as well as the joys kindled by a restored peace – will bring to greater international cognizance: consciousness of, empathy for, and ultimately action towards the holistic rebuilding of the tangible and intangible ruins left behind the tragedy of human conflict.