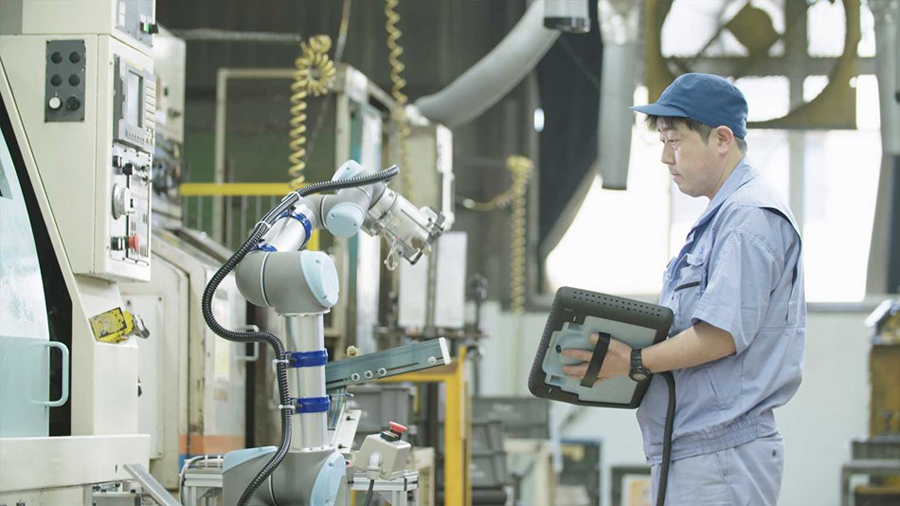 Collaborative Robots (Cobots) market to reach US$7,972 million globally by 2026; APAC region expected to surpass Europe by 2021 due to large scale of manufacturing industries deploying cobots

According to the Philippine Statistics Authority, the manufacturing production in the Philippines reported an annual rate of -46.5 percent in February, a drop from its previous months’ annual rate of -16.7 percent. This downturn was continuous from February last year amid the disruptions caused by the pandemic. In time of strict distancing measures, collaborative robots are the solution to help perform tasks that people in groups could not safely do. An additional advantage is that cobots are immensely capable of handling increased workload due to backlogs. With this, there is an optimism that the country’s Purchasing Managers’ Index (PMI) will continue to improve in 2021.

According to “Collaborative Robot Market by Payload, Component, Application, Industry, and Geography – Global Forecast to 2026″ report by Markets and Markets, cobots are increasingly being adopted by various industries due to advantages such as increased productivity and effective employee utilisation. The market is expected to reach US$7,972 million by 2026 at a CAGR of 41.8%. Cobots’ market in APAC is also expected to surpass that in Europe by 2021 due to large scale manufacturing industries especially automotive, electronics, and metals sectors which are increasingly deploying cobots.

The Philippine manufacturing industry may leverage on the use of robotics in processes that involve repetitive work in confined, structured spaces, and environments. Additionally, cobots can work around the clock and can produce consistent output at any given condition.

Today, UR’s cobots allow employees to move from repetitive, low-value tasks to higher value activities that increase work productivity and quality. “Ever since the term ‘Collaborative Robotics’ was coined, we have been the frontrunners in the robotics industry. We have also marked an entire decade since the very first cobot from Universal Robots was deployed in South Asia. Safety is imperative and has become the cost of entry into the cobot market now. UR believes in developing affordable, lightweight, and flexible cobots that could deliver a rapid ROI for the manufacturing industry,” says James McKew, Regional Director of Asia-Pacific in Universal Robots.

With an average payback period as short as twelve months due to increased productivity, quality, and consistency, manufacturers may foresee a return of investment (ROI) before year-end or early 2022.

Yokota Corporation, a Japan-based company that designs and manufactures bearing races, Factory Automation (FA) equipment, machines for assembly, packing and inspections, selected UR5 cobots to address its labour shortages. The company tried engaging part-time employees and redeploying workers from other departments. However, these measures proved unproductive. Traditional industrial robots were also considered as a solution but were later found not feasible due to additional space requirements and the need for safety guarding.

With safety and versatility as key benefits, the deployment of UR5 cobots led to the establishment of a stable production system, delivering a 20 percent production increase without the need for additional human resources. As Asia remains the strongest market for industrial robots, Universal Robots encourages local manufacturers to deploy cobots on manufacturing floors.
“By lowering automation barrier within the reach of manufacturers who never thought that they could deploy robots due to cost and complexity, we hope to help the Philippine industries realise higher productivity and maintain effective utilisation of their plants,” concludes McKew.

Digital hygiene and mindful communication: new course by Kaspersky and Endtab.org teaches how to defend against doxing

Win a lifetime supply of free SEAOIL gas when you #ScanToPay with PayMaya!

Be the next awesome content creator with the new Samsung Galaxy A-Series, now available!