LTE Subscriptions in Philippines to reach around 40 percent by 2018

Findings from the latest edition of the Ericsson (NASDAQ:ERIC) South East Asia and Oceania regional Ericsson Mobility Report show that LTE subscriptions will grow to around 40 percent of total mobile subscriptions in the Philippines by 2018, while more than 75 percent of people in the Southeast Asia and Oceania region will have access to LTE networks by 2021. Smartphone subscription penetration is expected to reach around 70 percent for the Philippines in 2018. 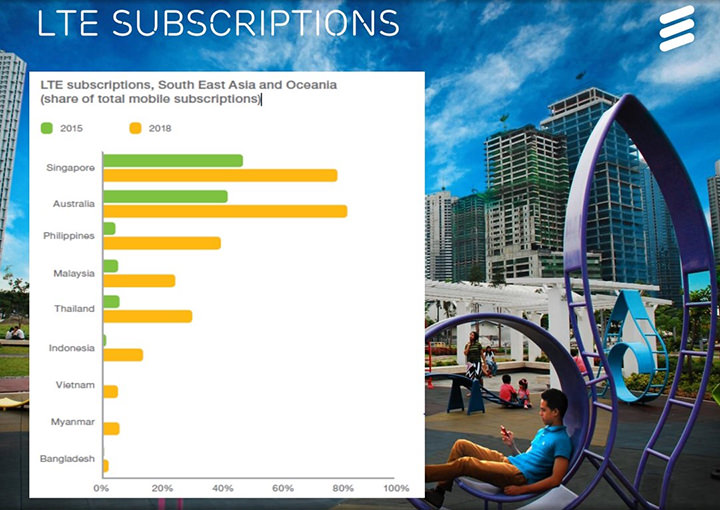 The transition from 3G to 4G will help operators to cope with the predicted immense data traffic growth and deliver the best user experiences with faster upload and download speeds. LTE/5G subscriptions in the region is forecast to gain momentum and surpass 500 million by 2021, driven by 3G migration and new services like VoLTE. 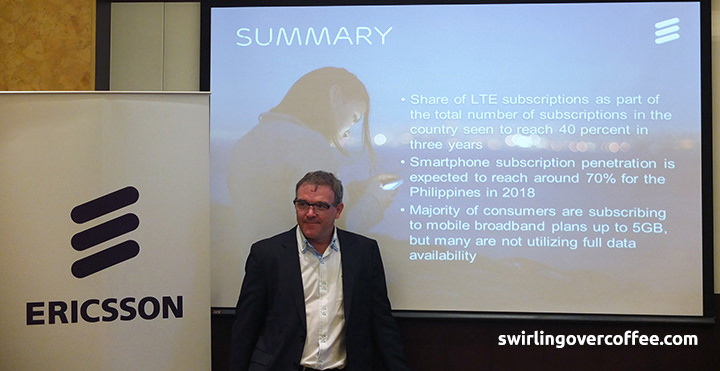 Sean Gowran, Head of Ericsson Philippines and Pacific Islands, says: “This year, smartphone subscription penetration for the country is estimated at around 40 percent and we see this growing to around 70 percent by 2018. UN data states that the urban population of the country is at 44 percent level, so we can expect that by 2018 smartphone subscription penetration will exceed the urban population. 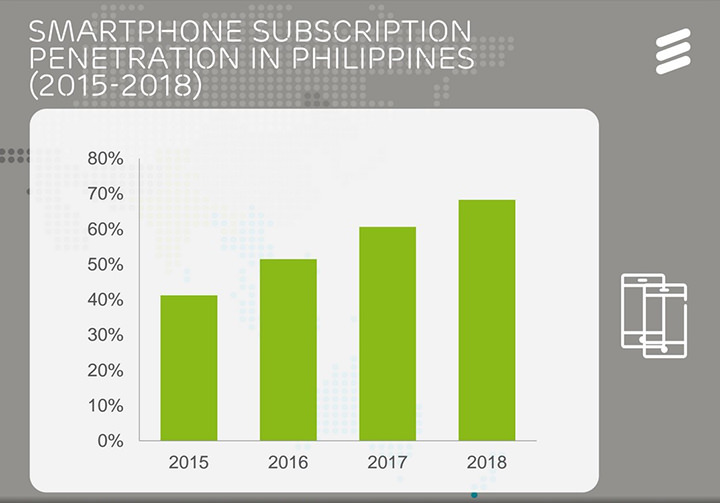 “Our report also shows that with this high subscription penetration, in the coming years, rural areas will become more important. To realize the full potential for local market, service providers and device manufactures will need to address existing challenges around availability, affordability and on increasing consumers’ levels of awareness on the benefits of smartphones and mobile data.”

With the continued rise of smartphones and an accelerated growth in data usage, the total mobile data traffic in the region is seen to increase 14-fold by 2021. With growing mobile broadband traffic, more consumers are migrating to higher data volume packages. In 2015, 40 percent of consumers in this region are subscribing to 2.1-5GB mobile broadband plans, compared to 30 percent in 2014. 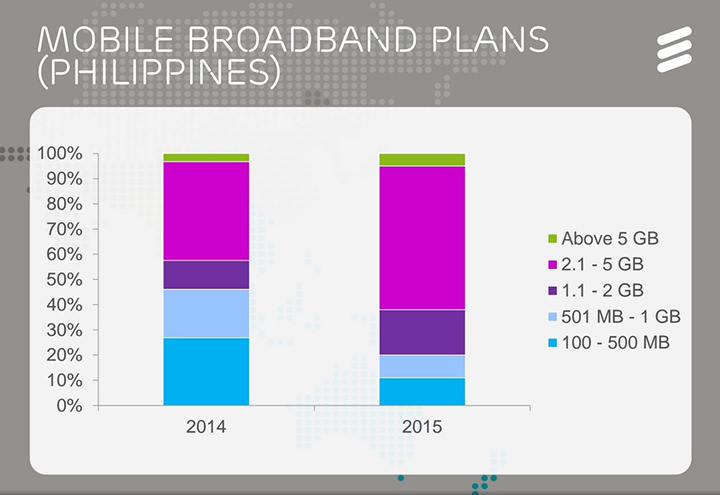 However, in the Philippines a higher percentage of consumers – almost 60%- are subscribing to 2.1-5GB mobile broadband plans, compared to around 40% in 2014.

The report also notes that of the Philippine consumers who have a mobile broadband volume package, around 40 percent utilize less than 50 percent of their plan allocation and 20 percent of consumers use more than 100% of their allocation

Gowran says: ”The study shows that subscribers are consuming more data than ever before and that they are subscribing to larger volume packages. We expect that consumers who underutilize their subscription packages will have a lower perception on the value for money of the package from the service provider. The challenge is that this may lead to churn. This signals an opportunity for operators to reduce churn proactively recommending the best packages that match their subscribers’ usage pattern.” 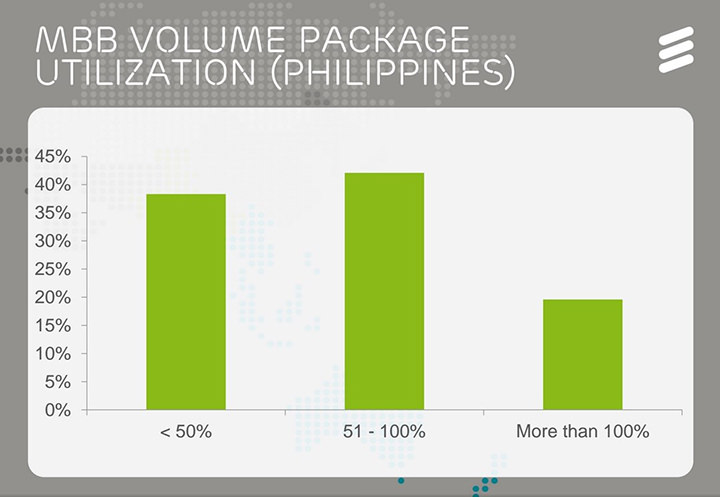 The South East Asia and Oceania regional Ericsson Mobility Report also states that the countries in the region with the best network performance are Australia and Singapore, due to their leadership in deploying LTE and LTE Advanced. Ericsson analysis shows that data-intensive applications, such as HD video streaming, could easily be delivered by mobile networks in Singapore and Australia across the whole coverage area. LTE carrier aggregation in Australia has enabled possible peak download speeds of up to 600 Mbps.

Similar applications could be a challenge for operators to deliver in developing countries, although we expect developing countries’ networks to greatly improve in performance over the coming years. In addition, with the next wave of new smartphone users expected to come from rural and remote areas, the challenge will be how to deliver a similar mobile broadband experience to these populations in a cost-effective way.

Operators are growing their mobile business in a number of ways, for example, by capitalizing on the rapid uptake of mobile data and exploring ways to improve their share in the ICT value chain.

Ericsson has performed in-depth data traffic measurements in mobile networks from the world’s largest installed base of live networks. These measurements have been collected from all regions since the early days of mobile broadband.

Freelancer.com goes local – You can now hire plumbers, cleaners, and other local workers on demand

The Next Big Thing on Devices in the Philippines: IDC’s Market Outlook for Smart Devices