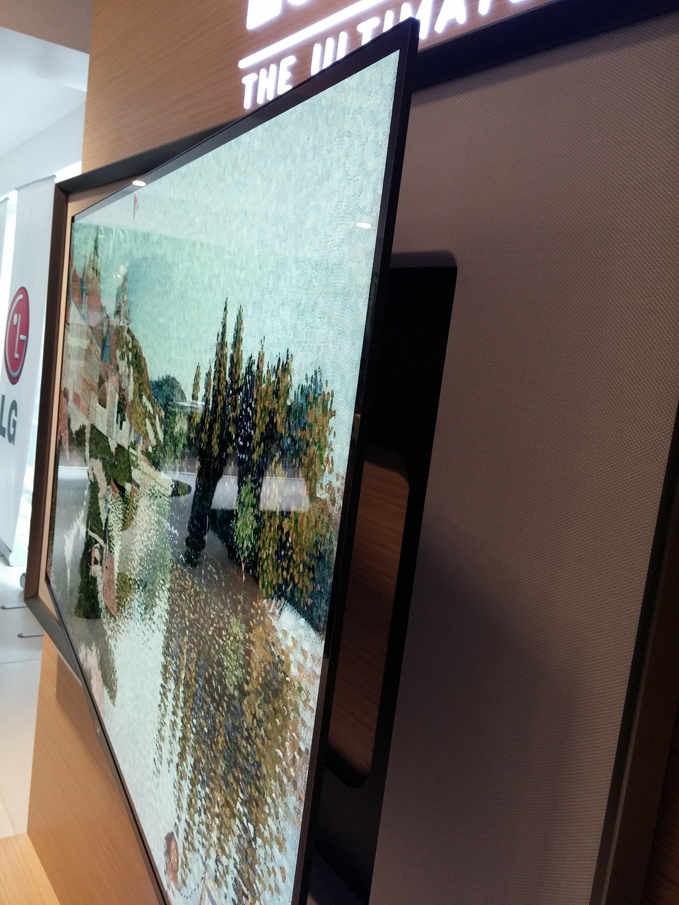 The LG Gallery OLED TV comes with a wall mount, so it can “hide” as a painting in your living room. Now, your next DIY, if you’re buying this, is the canvass-looking set up housing the mount, to complete the TV-as-painting look.

Slimmer than your phone 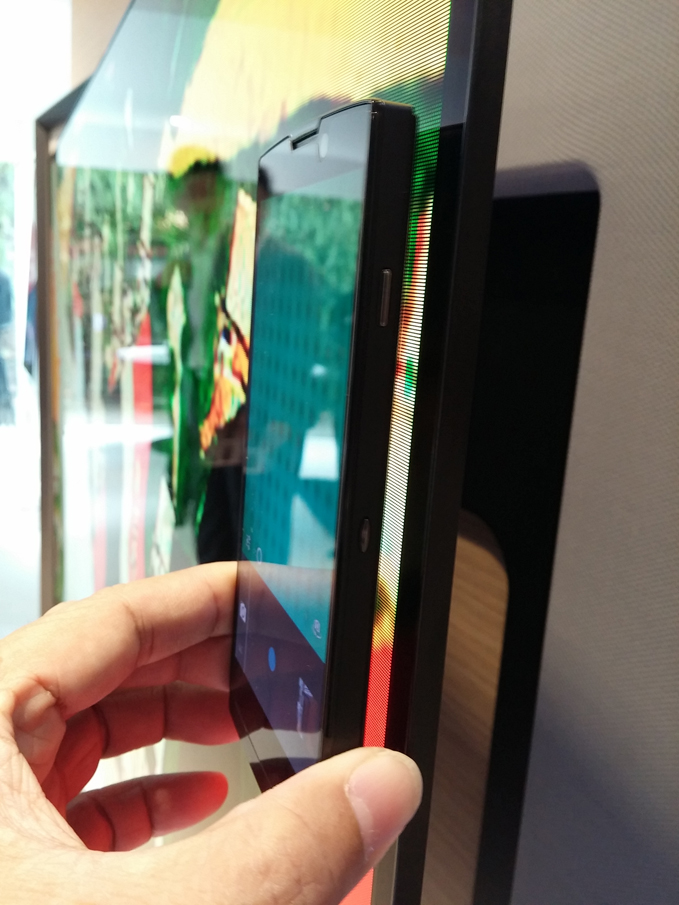 The TV is incredibly slim – slimmer than an Android phone we held up against it. Its 4 Color Pixel technology adds a white subpixel to the standard RGB colors to noticeably increase color range and accuracy. Meanwhile, Infinite Contrast allows each pixel to control its own luminance, generating depth, tone, and contrast ration beyond normal measure.

Since some of the best action films are more appreciated on a large display, the LG Gallery OLED TV is equipped with Absolute Motion Clarity – its response time is over 1,000 times faster than a LED TV’s; that’s blur-free, incredibly clear images and footage. I know so because we were watching Hansel and Gretel at the launch venue. In case you missed it, the viewing angles are spectacular.

An earlier version of this post appeared on Technoodling.net.