Hunters, the thrilling sci-fi crime drama brought to you by the producers of The Walking Dead and 12 Monkeys, is now available to stream and download exclusively on iflix.

Kuala Lumpur, 18 August 2016 – iflix, the world’s leading Internet TV service for emerging markets, offering subscribers unlimited access to thousands of TV shows and movies for a low monthly price, is pleased to announce the premiere of Hunters exclusively on iflix. Available for the first time in the Philippines, iflix members will be able to binge on all 13 episodes of the first season of this alien conspiracy thriller beginning on August 18. 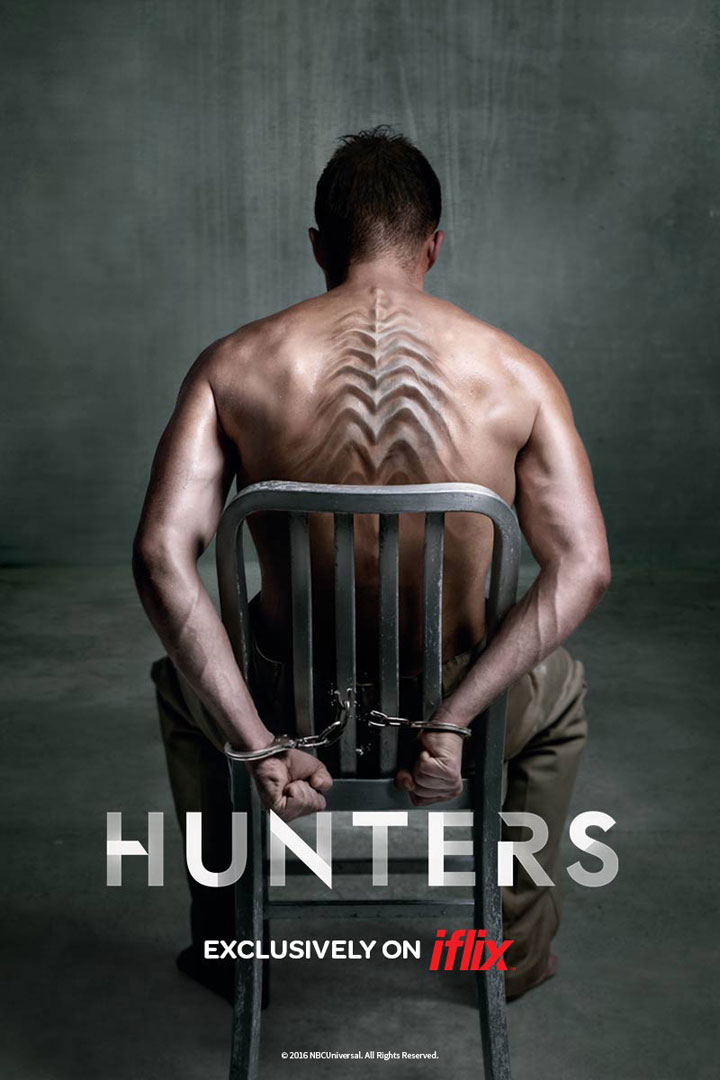 From executive producers Gale Anne Hurd (The Walking Dead, Terminator, Aliens), Natalie Chaidez (12 Monkeys, Heroes) and Emile Levisetti (Royal Pains), and produced by Universal Cable Productions in association with Valhalla Entertainment, comes Hunters – a supernatural thriller starring Julian McMahon (Fantastic Four, Nip/Tuck) and Nathan Phillips (Wolf Creek, Chernobyl Diaries). The story unfolds after a decorated FBI agent’s wife goes missing and he goes on a desperate search to rescue her. His pursuit leads him to a secret government unit assembled to hunt a ruthless group of terrorists that are shadowy figures not of this world. Along the way, he discovers a world he did not know existed and unearths a mind-blowing mystery at the helm of his wife’s disappearance.
Hunters joins iflix’s rapidly growing library of exclusive first run shows, including the worldwide smash hit Mr. Robot and the award-winning crime drama Fargo, in addition to the new breakout fantasy series The Magicians, drama Aquarius and many more.

iflix Group Chief Content Officer, James Bridges commented: “We are committed to providing our members with the best and widest selection of top TV shows and movies from around the world. The ability to offer one of this year’s most exciting new breakout shows, Hunters, exclusively to our members in the Philippines is part of delivering on this commitment.”

Now available in Malaysia, Thailand, the Philippines, Indonesia and Sri Lanka, iflix will continue to roll out its world-class service to key additional emerging markets in the coming months.  Offering consumers a vast library of top Hollywood, Asian regional, and local TV shows and movies including many first run exclusives and award-winning programs, each subscription allows users to access the service on up to five devices, including phones, laptops, tablets, and television sets, for viewing wherever, whenever. iflix subscribers can also download TV shows and movies from iflix’s extensive catalogue for offline viewing. The service is priced at only PHP 129 per month in the Philippines for unlimited access with no ads!

Get the right Pokémon GO gear to catch them all!

Statement From the Philippine eMoney Association