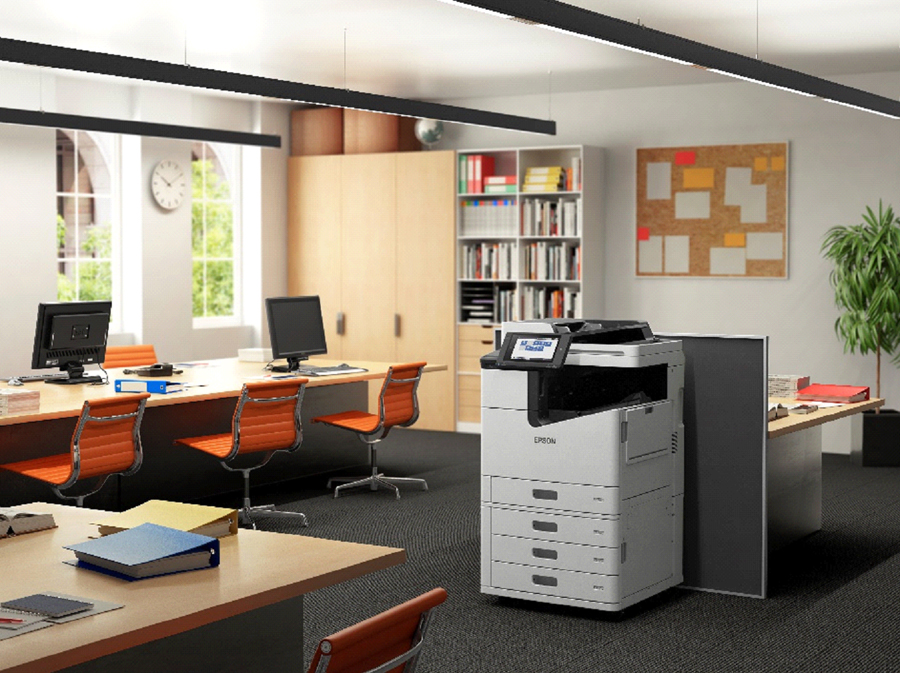 Printing is possibly one of society’s most important technological breakthroughs. The printing press, one of the earliest printing devices developed in China and later in Europe in the 1500s, revolutionized society as it allowed the mass production of books, pamphlets, and newspapers. Since then, printers have become smaller and more functional, especially with the rise of new technologies enabling printers to do more than just printing.

Today’s printing devices have come a long way from dot-matrix printers, which use a printhead with metal needles to strike against an ink ribbon to print words onto paper. The introduction of tiny guns firing dots of ink directly on paper made modern-day printing more precise and able to translate more complex images on screen to print.

Among the standard printers nowadays are the inkjets, commonly used at home because of their lower print volume yet cost-efficient features. There are also laser printers, which use powder mixtures in toner cartridges. Traditionally, enterprises that require speed and higher print volumes utilize these printers.

With the advancements in technology, inkjet printers now have the speed and quality comparable to laser printers with the low-cost feature that inkjets are known for. Additionally, more and more enterprises are embracing inkjet printing for its lower environmental impact. In Southeast Asia alone, the ratio of inkjets sold compared to the total printer market increased from 79 to 82 percent from 2014 to 2018, according to an IDC report.

Shaping the future with Heat-Free Technology

While laser and inkjet printers may look the same on the outside, it is what is on the inside that makes the difference. Laser printing typically employs a complex electrophotographic process from sending to receiving the print job. Inside a laser printer are several parts which require pre-reheating and fusing to melt the toner onto the paper. This process is the reason why printouts tend to be warm after the machine releases the paper out.

Inkjet printing, in contrast, involves only three stages: receiving the print job, ink ejection, and release of the printout. Heat, however, is still used as the ink undergoes thermal ejection. This process applies an electrical current to warm the ink and fire it through the printhead.

On the other hand, most of Epson inkjet printers, such as the Epson WorkForce Enterprise models, stand out from the rest with its next-generation PrecisionCore printhead technology. It is an advanced form of its proprietary Micro Piezo technology, which is considered as the backbone of every Epson inkjet printing system.

Micro Piezo printheads eject droplets of ink via mechanical pressure without requiring any heat, which separates Epson’s technology from all the other thermal inkjet systems. The mechanical pressure is created when piezoelectric elements in the printheads contract in response to an applied voltage. This Heat-Free Technology also serves as a common platform for all Epson inkjet printers, whether for the home or office.

Epson’s Heat-Free Technology can benefit enterprises and the environment in four ways:

Save time with its consistent high-speed printing. Requiring no heat to warm up when switched on or awoken from sleep, Epson Inkjet printers with Heat-Free Technology print immediately compared to laser printers, which need to pre-heat the fuser to print. There are also no delays caused by accumulated heat in the printhead, and consistent high-speed printing is ensured, even for documents with high-printing density.

WorkForce Enterprise C20590 also yields high-quality printouts at optimized printing speeds of up to 100ppm in both simplex and duplex, due to its efficient “switchback” duplex paper path design. It also uses an electrostatic belt that ensures the paper is completely flat, ensuring smooth gradients and consistently sharp images.

Less power consumption saves energy and money. Epson inkjet printers have no fuser unit to heat, which results in significantly less energy consumption. The operating time and electricity consumption can also be optimized because unlike other printers, there are no delays caused by accumulated heat in the printhead.

Fewer replacement parts, lower environmental impact. Laser printers typically have more consumables and require periodic replacement of the drum, transfer belt and fuser. On the other hand, Epson inkjet printers use fewer parts that need replacing. The printheads are also not a consumable, thus, reducing the environmental burden of manufacturing and recycling additional resources.

Less intervention increases productivity. The Heat-Free structure of Epson inkjet printers means there are fewer parts that can fail, which reduces the amount of interventions required. Additionally, there is no heat damage to the printheads to guarantee that they last longer. Therefore, Epson inkjet printers offer improved reliability, significantly reduced downtime, and lower costs even in the long run.

With these benefits, enterprises can rely on Epson inkjet printers to satisfy their printing needs. With game-changing technologies like the Epson Heat-Free Technology, inkjet printers become even more efficient in boosting business operations, cutting costs, and mitigating environmental impacts.