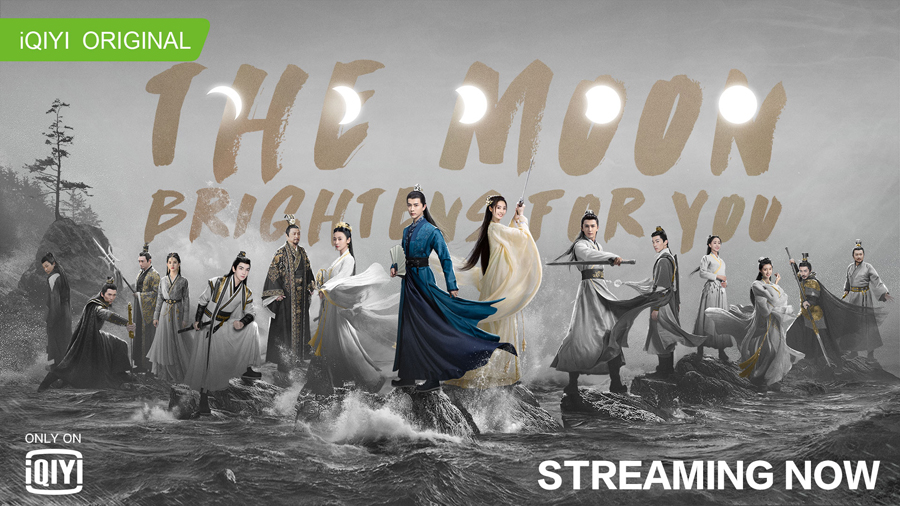 Leading internet video streaming service iQIYI brings an exciting variety of new and exclusive content to Filipino viewers this October 2020.  Leading the list of titles are thrillers and “feel good” rom-coms that are sure to land on every Asian drama aficionado’s binge watch list, all available now on iQIYI’s website at iQ.com and on the platform’s free mobile application.

“We are excited to release new titles that Filipinos will surely love to watch. Our thrilling line up of horror shows will bring some excitement to your stay-at-home Halloween plans. For those who can’t stand the suspense, be prepared to be swept off your feet with new romantic programmes featuring some of your favorite Asian stars. And lastly, we’re bringing back Japanese anime shows that were popular among Filipino fanatics in the recent years,” said Sherwin Dela Cruz, Country Manager of iQIYI Philippines.

This Halloween, viewers will be kept on edge with a terrifying line up of Korean horror movies on iQIYI. These include Intruder, a suspenseful horror film in which Song Ji-Hyo plays the role of a traumatised architect whose missing sister suddenly reappears after 25 years; crime thriller Beasts Clawing at Straws, in which eight strangers become entangled with each other after they find a mysterious bag of money in a sauna; Spellbound, that stars Crash Landing on You’s Son Ye Jin in a horror rom-com about a magician who falls in love with a woman who can see ghosts; and Missing: The Other Side, that stars Heo Joon Ho and Ahn So Hee in a haunting mystery about how thousands of missing people are found dead in a ghost village.

October’s programme line up will also debut With You, a heartwarming COVID-19 themed drama featuring 10 real-life stories and experiences of medical workers, delivery men and everyday people during the pandemic in China. With You will be graced by top A list Chinese stars like Huang Jing Yu, Deng Lun, Li Qin, Yang Yang, Sun Li and more.

Viewers can also look forward to exclusive iQIYI Originals Search, that stars f(x)’s Krystal in a sci-fi drama about a search party that encounters monstrous creatures in their struggle to escape a demilitarized zone; and The Spies Who Loved Me, starring renowned actors Yoo In-na from Goblin: The Lonely and Great God and Eric Mun from South Korean boy band Shinhwa in a suspenseful rom-com about a woman whose love life inadvertently entangles her in the world of espionage.

Crime and mystery fans will enjoy My Dangerous Wife starring Kim Jung Eun, in which a dissatisfied husband who wants to kill his wife finds out that she has been mysteriously kidnapped.

Fans of Japanese anime will be delighted by anime series One Piece that follows Monkey D. Luffy, an adventurous 17-year-old who sets off on a journey from the East Blue Sea to find treasure and become King of the Pirates; Digimon Adventure Ψ, where a series of cyber-attacks across Tokyo prove to be the result of catastrophic events in another world within the Digital World where creatures called Digimon roam; and iQIYI exclusive Jujutsu Kaisen, about a high school student who becomes the host to a powerful curse and must battle hordes of evil creatures to stop an evil sorcerer.

Hopeless romantics will swoon over these new, heartwarming releases on iQIYI that feature an all-celebrity cast:

Viewers looking for some eye candy will love watching Lee Dong-wook of Goblin: The Lonely and Great God star in fantasy romance Tale of the Nine Tailed, in which a female producer tracks down a legendary nine-tailed fox that has been living as a human being. Other hot eye candy favorites include former EXO member Lu Han playing the villain in Sisyphus, a sci-fi drama about a serial murder mystery.

Upcoming Korean titles soon to be launched on iQIYI include Birthcare Centre, about an executive who stays in a postnatal care center after giving birth and bonds with other women she meets there; and Live On, a romance story in which a high school girl and the head of the school’s broadcasting club (Hwang Min-hyun from boy group NU’EST) uncover the identity of a mysterious figure who is trying to expose parts of her past she wants to hide.Viewers can access these releases for free via iQIYI International’s website at iQ.com or on the platform’s free mobile application that can be downloaded from the Apple Store or Google Play Store. For access to new episodes as they drop, viewers can also sign up for a Standard VIP account at PHP129 or for a Premium VIP account at PHP249.

LG Treats Customers With its 11.11 Sale on Lazada