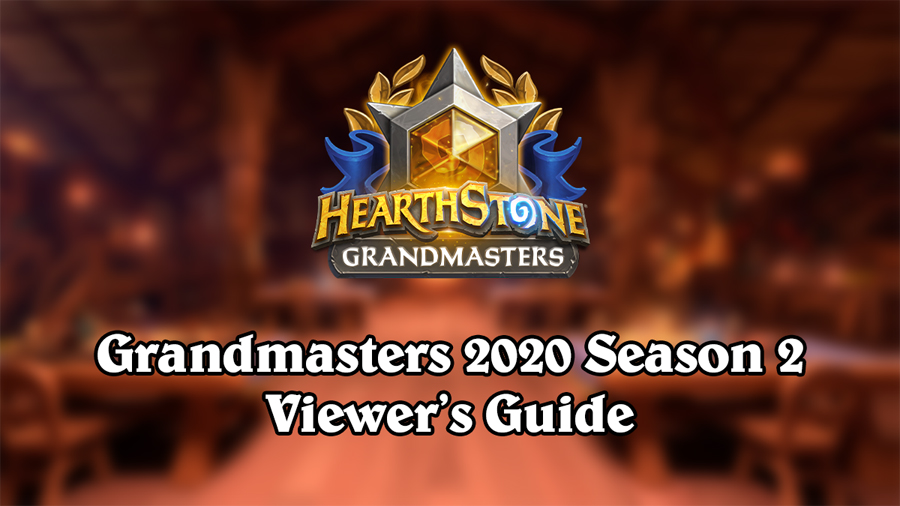 Hearthstone Grandmasters returns for Season 2 beginning August 14! Season 2 will run every Friday, Saturday, and Sunday through September 6, with a break for Masters Tour Online: Montreal before picking back up starting Friday, September 18 – October 11. Ten new competitors have advanced to Grandmasters Season 2, including a promotion to Americas for Killinallday. Here’s everything you need to know to keep up with this season’s Grandmaster action!

Prize Pool: Over $500,000 in prizing globally for Grandmasters Season 2

During weeks 1 – 3, players will compete in matches in a Swiss format each Wednesday and Thursday of the week to earn a placement in the weekend Group Stage. Points from these weekend rounds will be used to determine two Divisions in each region for round-robin weeks. There will be a different gameplay format each week.
• The 16 players in each region will compete against each other off broadcast in 7-9 Swiss Rounds
during the week.
• On Thursday, after Swiss play has completed, the field is cut in half based on standings and the Top 8 per region will play in a dual tournament format live on YouTube across Friday and Saturday, with the Top-4 finals played out on Sunday.
• Gameplay format changes every week:
• Week 1: 7 Rounds of Swiss, Conquest with 1 Ban
• Week 2: 7 Rounds of Swiss, Four Deck Last Hero Standing with 1 Ban
• Week 3: 9 Rounds of Swiss, Bo3 Specialist

Weeks 4 – 7 will consist of round-robin group play within the two divisions in each region – much like Season 1 of Grandmasters.
• Following weeks 1-3, players will be sorted into two divisions based on their points standings.
Division A is comprised of the top-8-point-earning players, and Division B will be point total
ranks 9-16.
• The two divisions compete in round-robin group play over four weeks. The standings at the
conclusion of these weeks will determine who will move onto the Playoffs, and who will be
relegated from Season 2.
• The format will stay consistent during round-robin weeks:
• Bo5 Conquest (4 decks, 1 ban)

Round Robin weeks lead into Week 8 Playoffs, which will qualify one player per region to the World Championship at the end of the year, while three players from each region will be relegated.
• Top 6 from Division A automatically make it into Playoffs.
• Top 4 from Division B compete in a play-in round to determine who will join the top 6 from
Division A in a dual tournament bracket for Playoffs.
• The 7th and 8th placed players in Division B at the close of Round Robin are automatically
relegated from Season 2 of Grandmasters.
• Final relegation will be determined via a 3-match Play-In involving the 7th and 8th placed from
Division A, and 5th and 6th placed from Division B.
• The winner from each region in Season 2 Grandmasters Playoffs will advance to the Hearthstone
World Championships later this year.

Please visit the Rules and Policies page on the Hearthstone Esports website for more information about rules and prizing for Season 2 of the 2020 Grandmasters program.

Follow your favorite new and returning Hearthstone Grandmasters on the Hearthstone Esports website all season long! Get player details, matchup schedules, and keep up with the latest standings for the season all in one place. We’ll see you in the Tavern!

Back to School with NVIDIA GeForce Laptops: FASTER IN CLASS, FASTER TO PLAY