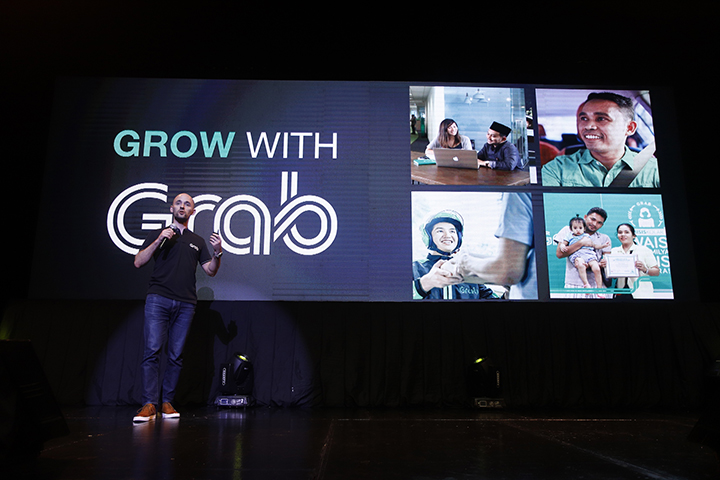 Grab, Southeast Asia’s leading super app, is strengthening its resolve to continue on doing good for the communities that it serves and is widening the scope of its corporate social responsibility (CSR) initiatives to education.

As part of its seventh-year milestone celebration, Grab is partnering with Hope in a Bottle and Teach for the Philippines to help in championing their advocacies for education development in the country.

Hope in a Bottle is a social enterprise that creates and sells bottled waters to build public school classrooms around the country. Since it was founded a few years ago, Hope in a Bottle has helped thousands of children that were previously deprived of a decent learning environment.

Grab’s partnership with Teach for the Philippines, on the other hand, involves the monetary support of P1.82 million for the school year 2019 to 2020 to support six teach fellows in Marikina City.

“As a socially-responsible corporate citizen, Grab is mindful that giving back to the communities that it serves is as important as providing the best services as an everyday super app. We want to be able to create a lasting impact on the lives of our fellow Filipinos and we will continue to do so, as we have done in the past,” Grab Philippines President Brian Cu said.

Just this year, Grab has intensified its CSR initiatives by extending a helping hand to communities, groups, and individuals. For 2019, Grab has so far helped in Metro Manila’s water crisis, in the devastating earthquake in Pampanga, in encouraging Filipinos to vote, and in strengthening road safety initiatives of the government.

Through GrabIgib, Grab provided free water delivery services in Marikina and Mandaluyong, when water crisis broke in the eastern corridor of Metro Manila. This has helped residents of both cities to have access to clean water when the taps ran dry in March due to the undersupply of water.

Grab was also one of the early responders in the devastating earthquake that rocked Pampanga in April. It offered assistance to the residents of the municipality of San Fernando, Guagua, Porac, and Floridablanca Pampanga by providing free transportation services to those affected by the calamity from April 25 until April 27.

Grab also offered financial assistance to its driver-partners in Pampanga who were injured and devastated by the recent earthquake through its GrabCare Package.

Lastly, Grab assisted the Commission on Election in curbing voter disenfranchisement and misinformation during the midterm elections in May through the #OneDestiNation campaign, which saw Grab launching initiatives on voter education both online and offline.

“These partnerships have helped us make an impact in the lives of many people in just the first few months of 2019. We are excited to do more good things moving forward, especially since we are celebrating our seventh anniversary this year,” Cu said.

Aside from intensifying its CSR efforts, Grab is celebrating its seventh year by providing consumers with delightful treats from its merchant partners such as 7-11, Jollibee, the SM Group, Lazada, and Max’s among others.

Grab has prepared a two-week long celebration for its seventh birthday with promos ranging from P77 discounts for GrabCar, P777 cashback for GrabPay, P7 Grab bundles, and more!

It will also hold a raffle for its 7 Grab Anniversary Gifts, wherein seven lucky winners per day for seven days will receive gift certificates worth up to P10,000 from Grab’s partners.

But the biggest among its many promotions for its seventh birthday is the awarding of seven raffle winners with 1 million GrabRewards Points each. Grab is also giving away 50,000 GrabRewards Points as consolation prizes to seven Grab users.

“Sharing the love has always been at the core of Grab, and as we celebrate our seventh year in business, we want to give back to Filipino consumers who helped us reach where we are right now — the leading everyday super app in the Philippines and the greater Southeast Asia,” Cu said.