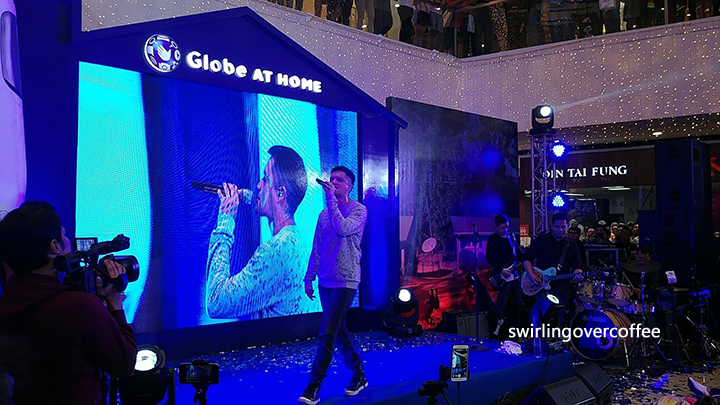 Globe At Home is giving Filipinos even more ways to enjoy the latest in entertainment with the launch of its Globe Streamwatch Roku Powered device. The first Roku powered streaming stick in the Philippines, Globe Streamwatch lets users watch a variety of content across 100+ free channels in different categories including sports, lifestyle, travel and more.

Globe At Home customers can watch the latest season of Netflix’s original series Stranger Things 2 on October 27, 2017 using their Globe Streamwatch Roku Powered device. After its hugely popular first season, the series is back to tell the story of Will Byers and the citizens of Hawkins, Indiana. Set in 1984, the story continues as the characters are still reeling from the horrors of the Demogorgon and the secrets of Hawkings Lab. Will Byers has been rescued from the Upside Down but a bigger, sinister entity still threatens those who survived.

Globe At Home has also sealed another content partnership, this time with FOX Networks for its newly launched video-streaming service FOX+. Customers can access the latest TV series such as The Walking Dead, American Horror Story and S.W.A.T; first-run Hollywood blockbusters including Rogue One: A Star Wars Story, Hacksaw Ridge and Assassin’s Creed; live sports such as Formula One and LPGA and thrilling documentaries such as The Long Road Home in addition to a large back catalogue and library of world-class content. Soon customers will be able to enjoy FOX+ on Globe Streamwatch. 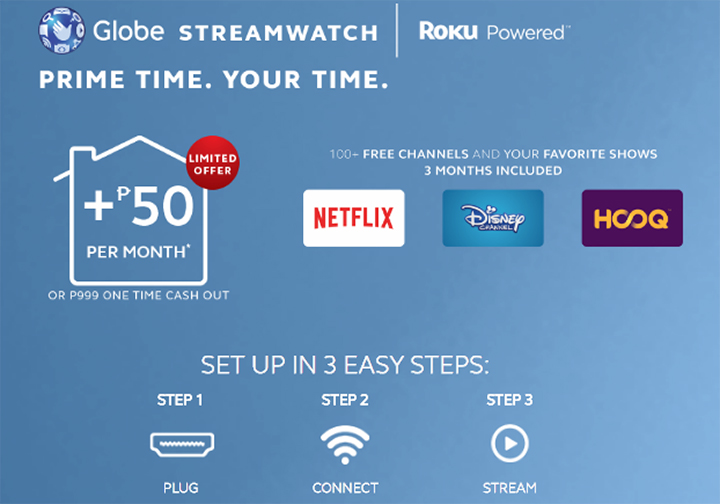 The Globe Streamwatch Roku Powered device is exclusively available through Globe At Home broadband plans 1299 and up for an introductory offer of an additional P50 for 24 months or a one-time payment of P999. The plan also comes with three-month access to top streaming services such as Netflix, Disney Channel Apps, and HOOQ.

“Streaming has revolutionized the way people consume TV series and movies. Today, primetime is whenever people want to watch content. Through our collaboration with Roku and the launch of Globe Streamwatch Roku Powered, our customers can now watch 1M+ of videos, movies and TV shows from our global partners like YouTube, Disney Channel Apps, HOOQ and Netflix. Easy to usue and activate, Globe Streamwatch Roku Powered gives you access to a wealth of entertainment at home even without a cable connection,” says Globe At Home Senior Vice President, Martha Sazon. 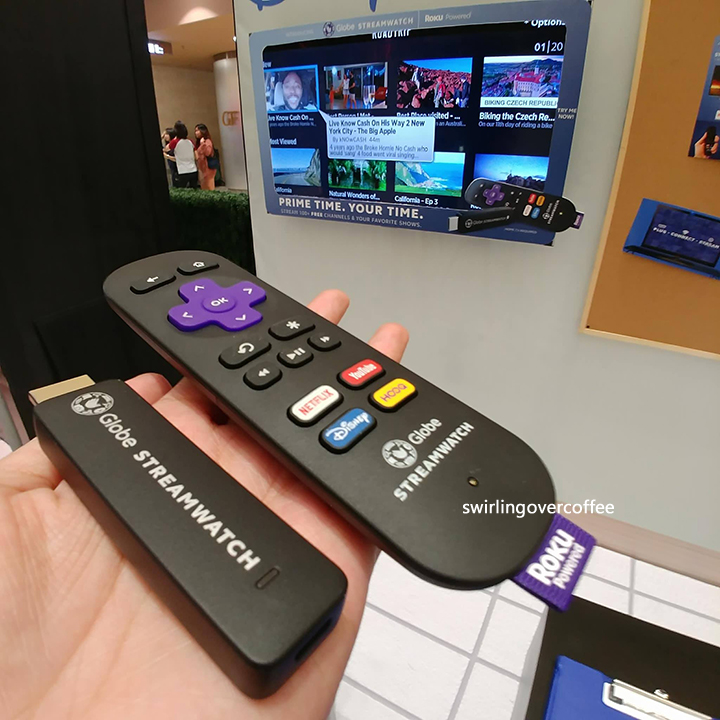 Globe Streamwatch Roku powered is a portable streaming stick, allowing consumers to use it on different TVs in the home, in a friend’s home or even at a hotel.

It comes with a simple remote control with dedicated buttons for Netflix, Disney Channel Apps, YouTube, and HOOQ. From the channel store, users can choose from an addition 100 streaming channels to add to their personalized home screen. Customers can also download the Streamwatch app for free on Google Playstore and App Store to convert their mobile phones to a remote.

TrueMoney Reaches the 1 Million Customer Mark in the Philippines