Press Release, 4 years ago 3 min read 216
Gaming has never been this easy and fun when you play the PBA Philippine Slam 2-on-2 app, the most downloaded Sports mobile game ever by a Philippine-based game studio, via its official telco partner, Smart. PBA Philippine Slam aficionados who are Smart, Sun and TNT subscribers can now make their game more exciting by adding accessories in their game and their PBA teams, engage other gamers, get free and exclusive items, and acquire new hardcourt venues when they make PBA Philippine Slam in-app purchases via Smart’s direct carrier billing system for Google Play.

“The Smart Life concept is really about meaningful innovations that humanize technologyin order to address every kind of digital passion and routine. If you’re into entertainment and music, there are apps that provide your digital requirements like iflix, Viewstream and Spinnr. If you are into convenience and gaming—and also happen to be a die-hard basketball fan—Smart lets you play the PBA Philippine Slam app with ease because of our direct carrier billing system,” opens up Mellisa Limcaoco, Smart’s Group Head of Innovation and Product Development.

While PBA Philippine Slam makes sure it meets your rim-rattling dunking requirements, the app stays faithful to the playing abilities of each PBA star so gamers naturally want their game customized as close to PBA reality as possible.

Taking into account this passionate gaming requisite, Limcaoco adds, “The game app is free upon download but to add more features such as player accessories, basketballs, and different basketball venues, Android users may purchase their gaming add-ons through their Smart, Sun or TNT numbers. No need for credit card. The gamer holds the purchasing power by acquiring add-ons via his postpaid line or through prepaid load.”

In PBA Philippine Slam, the sky-high, above-the-rim, double pump kinds of dunks are not exclusive to the likes of known high-flyers like Japeth Aguilar, Rey Guevarra or Chris Ellis. Even Jimmy Alapag, Jayson Castro or LA Tenorio score with throw-downs that league superstars themselves enjoy playing the app. Former PBA MVP Jayjay Helterbrand recently raved about the game via social media by posting, “How cool [is it] to be in a video game!”

PBA Philippine Slam reached as high as No. 5 Top Overall App, No. 2 in the Top Free Games category and No. 1 in the Top Free Sport Games based on Google Play Store rankings as of mid-August. These numbers are definitely a high-leaping feat considering that the app was launched only in April. 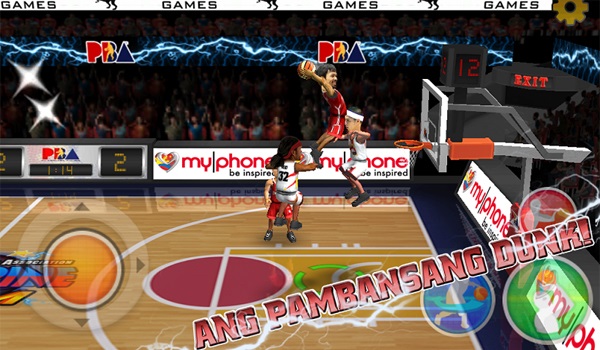 The 2-on-2 action recently evolved into full-blown campaigns patterned to PBA conferences. “Campaign Mode allows players to use their favorite team and try to win the Championship and Grand Slam Trophy. We gave each team their separate trophy rooms so players can easily track their team’s achievements in-game,” says Ben Banta, Head of Games and Managing Partner of Ranida Games.

Rule your very own PBA action at your convenience via downloading PBA Philippine Slam, build your team’s own grand slam dynasty, and customize your own gaming experience through add-ons available to Smart, Sun and TNT subscribers where gamers using the Android version of PBA Philippine Slam can pay for in-game items using their prepaid load or charged to their postpaid bill via Google Play direct carrier billing.

Take a Shot of your Extraordinary with Sony’s 86,400 Seconds Photo Contest

O Mi Papa: Inspire Dad To Get Active and Healthy This Father’s Day