Here’s a good idea. Round up some geeks, throw them on a beach, let them brew in their creative stew. Continue to stir, watching their steam, and remind them they need a revenue stream. Call on investors, to show off our thriving geeky sectors, and regale them with our start-up-healthy ecosystem!

And that is the spirit behind Geeks on a Beach (GOAB), a hip technology conference began in 2013 and is now on its second year. The press conference for this year’s GOAB took place at Romulo Cafe, where four of its rockstar-leads (see below) briefed the media on what the conference has in store for attendees, and investors. 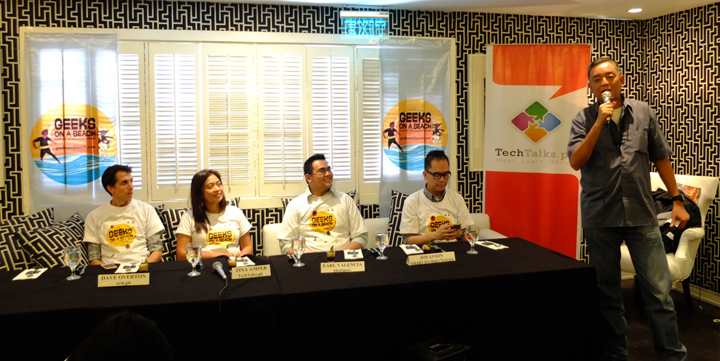 Geeks on a Beach 2014 happens on August 21 and 22 on the historic island of Mactan in Cebu. It is co-presented by Smart Bro, Smart DevNet and IdeaSpace Foundation, Inc. (IdeaSpace), this year’s GOAB will see close to 300 international startup founders, technopreneurs, venture capitalists, developers, and industry experts and organizer TechTalks.ph hopes to surpass the successes of last year’s inaugural event held at Boracay Island in Aklan. 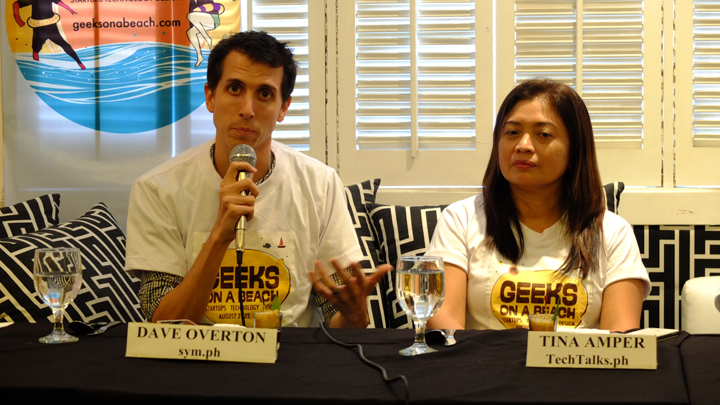 “There were a lot of success stories from last year’s conference, and we hope to replicate those successes this year by linking promising local startups with the right investors, and vice versa,” said Tina Amper, founder of TechTalks.ph and co-organizer of this year’s GOAB.

“GOAB is not just for geeks in tech and start ups but also for geeks in art and music,” said Dave Overton of Sym.ph. 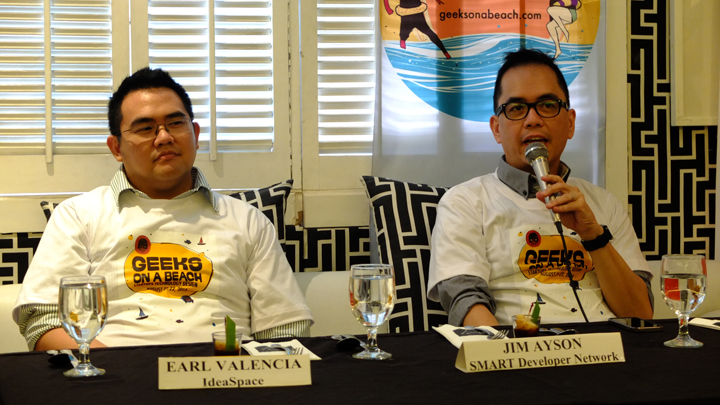 One of these startup success stories is real-estate portal ZipMatch.com, co-founded by John Dang and Chow Paredes, who met some of their investors while networking during the first GOAB conference last year.

“As geeks we’re like a subculture that doesn’t get enough exposure, and may be the local print media would like to get in on that,” said SMART Developer Network’s Jim Ayson. 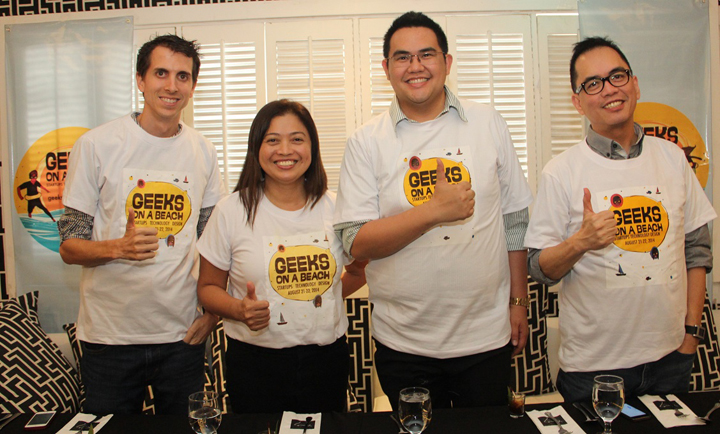 Dave Overton of Sym.ph along with Tina Amper of TechTalks.ph are organizing this year’s Geeks on a Beach in Mactan, Cebu on August 21 to 22, which calls for greater support for local tech startups from the international investment community, the government, and the private sector. Also in photo are IdeaSpace President and Co-Founder Earl Martin Valencia (2nd from right) and SMART Developer Network’s Jim Ayson (rightmost), representing two groups who are co-presentors for this year’s conference, along with mobile broadband provider SMART Bro which will provide the connectivity needs of attendees for the event.

“Local startups are on the rise as a key sector pushing fast economic growth in the Philippines, and we are fully committed to supporting events that offer a venue for the development of this community,” added Earl Martin Valencia, President and Co-Founder of IdeaSpace, one of the main co-presentors of this year’s conference.

A Powerhouse of Guests and Speakers - Click to View

GOAB is organized by TechTalks.ph, co-presented by the IdeaSpace, SMART, and SMART Bro, co-organized by the DOST-ICTO, powered by Sym.ph, branding by HappyGaraje, and PR and event management by PRWorks. For more info on registration, accommodations, and early-bird rates for the Geeks on a Beach conference in Cebu, visit www.geeksonabeach.com or contact hello@geeksonabeach.com.

Tags #Geeks on a Beach #Startups #Startups and SMEs
Tech

PayMaya Philippines, City of Muntinlupa empower citizens with access to the digital economy