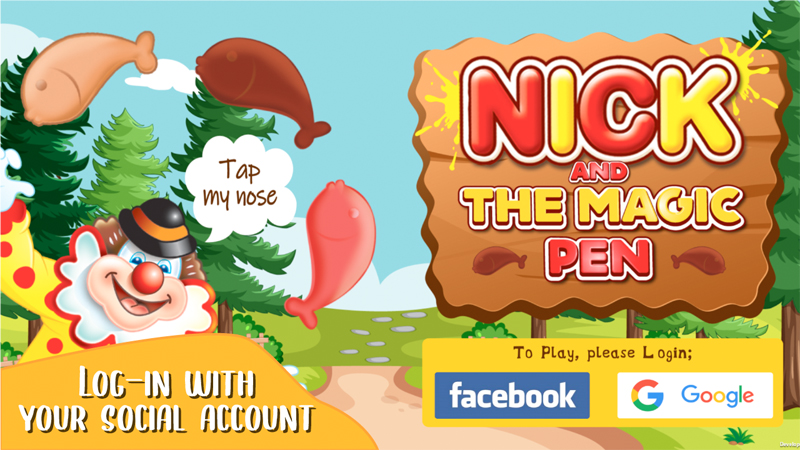 Knick Knacks is a popular snack brand in the Philippines amongst children, from toddlers, preschoolers to young adults best known for its fish shaped biscuits covered in chocolate. It is fortified with Sangkap Pinoy and a source of vitamin A and Iron that’s why most moms trust Knick Knacks biscuits as a fun and healthy snack of choice for their kids.

The idea of developing and launching a game app is mainly to support and promote mental health among kids by boosting their critical thinking and creativity. It is a gift to the Filipino children which will certainly create excitement and will make snack time and playtime more fun.

“Through this interactive game for kids, we hope to engage Knick Knack’s target audience in the Philippines and mobilize our tech capabilities for the enjoyment of Filipino children,” said Don Vicente, Assistant Manager for Forest Interactive Philippines. “Since Knick Knacks is essentially a household name and a snack present in almost every Filipino kid’s lunch box, we look forward to how Nick and the Magic Pen’s creativity-driven gameplay can be used by parents and children alike.”

Titled Nick and the Magic Pen, the game follows Knick Knack’s fictional brand character Nick the Clown, as he travels to five different worlds at the invitation of the King to his birthday party. Players can draw ladders, bridges, and block villains using a magic pen to aid the clown in his journey. Along the way, biscuits, coins, and rewards collected can power up Nick the Clown’s magic pen.

The story begins with a map sent by the King to aid the clown in his adventure. Nick the Clown will encounter creatures that will try to stop him from reaching the castle. The journey is difficult, going through five different worlds: the Simple Farm, the Dark Forest, The Steep Mountain, the Pirate Bay, and the Sea of Enchanting Islands.

Gold coins (equivalent to 1 point each) are gifts to the King.

To start wielding the power of the magic pen, a Dropper icon on the top right side of the screen absorbs the magic ink previously used. Tap and hold the Clock icon to freeze all the game movement except Nick the Clown’s. Players then can draw more freely while avoiding creatures. Nick the Clown moves around using the arrows on the screen: move right, move left, and jump.

The release of Nick and the Magic Pen comes after the Kuala Lumpur-headquartered company’s years of experience in the mobile gaming realm. In 2021, Forest Interactive launched PlatGames, an exclusive games portal in Jordan and Palestine with over 200 premium titles. It also integrated with Vodafone, Etisalat, and Orange in Egypt to provide its subscribers access to more than 300 HTML5 game titles via its product, Gamespace.

Nick and the Magic Pen is free-to-play and available for download on the App Store and Google Play Store.

WFH woes: Experts say mild discomfort such as recurrent back pains should not be neglected

Feel safer for longer with the new Nokia G21