The final week of Term 1 in British School Manila featured the Key Stage 2 extravaganza Ebenezer Junior, an adaptation of Charles Dickens’ classic A Christmas Carol. Combining both traditional elements and contemporary, the story unveiled the spirit of Christmas in all of us. 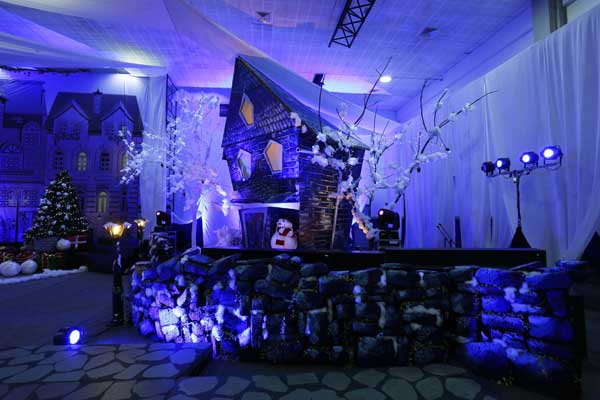 Excitement built as parents eagerly queued up outside on Tuesday evening 8th of December 2015. There was PTA-provided mulled wine, nibbles and Christmas props carefully arranged in the foyer area. Excitement grew further on entering the hall and there were many wows as parents saw the scenery and set up for the first time, feeling they may have walked into a West End production by mistake. It was really breath-taking. Carols rang out, the lights were dimmed, the fire glowed in the hearth, snowflakes sparkled and the stage and backdrop looked truly spectacular. 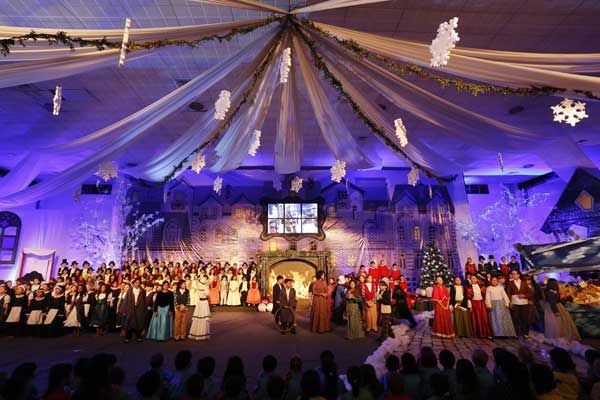 That was all prior to the show. The show itself matched the heights of the set. The singing was joyous and powerful, and quite rousing. The dances were a real joy and a wonderful way to round up and the children clearly loved performing them. Actors and actresses brought characters to life with clarity and purpose and all the children looked the part in their period costumes. Confident public performance is an important part of developing children’s life skills at BSM, and they worked hard rehearsing to reach this standard. 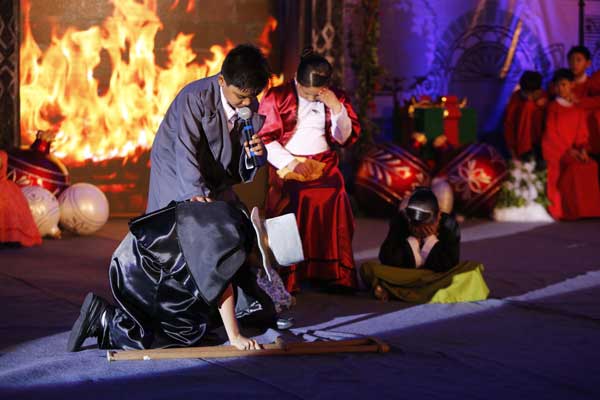 Ebenezer Junior was a truly wonderful production, one of those special BSM community events that roused the Christmas spirit. The cast sang ‘Charity’ as part of the show and Christmas is about giving. Our parents were very generous over the two shows in donating almost PHP 80,000 to our community service partners.

The British School Manila (BSM) is a highly regarded co-educational British international school established in 1976. The School is proud to uphold the high standard of the British education system and we take full advantage of our multi-cultural setting. We are accredited by the Council of International Schools (CIS) and also a member of The Federation of British International Schools in Southeast Asia and East Asia (FOBISSEA) and The Independent Association of Prep School (IAPS).

At present 900+ students aged 3-18 are on BSM’s roll and 35 nationalities are represented. British children make up 33%, Filipino 22%, Canada 9% ,Australians 8% and American 6% of the total population.

Family and Friends on Valentines at Holiday Inn Manila Galleria

Now Available In PH: #LiveAllOut With OPPO A92’s Stellar Features For the Upgrade You Deserve