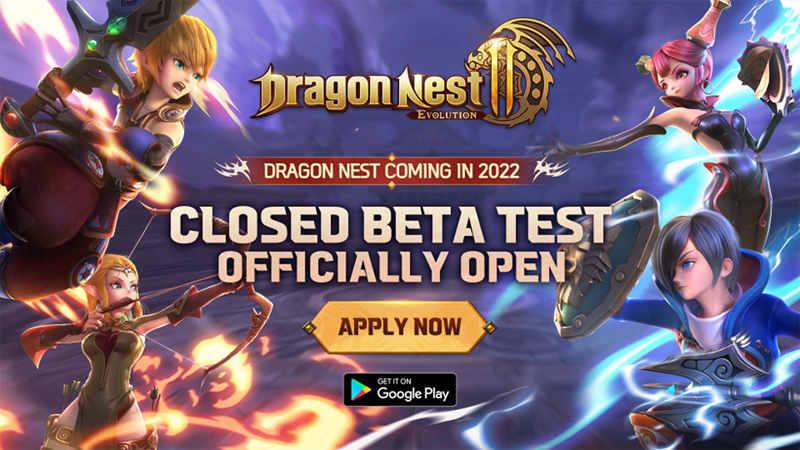 The mobile MMORPG welcomes players to the second generation

Philippines – Dragon Nest II: Evolution, the second-generation mobile MMORPG, is inviting players in the Philippines to join the fight and experience the wondrous world of Altria in a Closed Beta Test.

Available on September 29, eager players can simply download Dragon Nest II: Evolution to start their journey early, and see for themselves the evolution of the world-renowned IP. With a storied legacy of more than 10 years, the sequel aims to expand upon the merits of the original and deliver to players an even better mobile MMORPG experience.

Players can look forward to the following features and more in Dragon Nest II: Evolution:

With fun and accessible gameplay, the game’s recent appearance at Tokyo Game Show 2022 drew huge crowds and long queues lasting over four hours, with favourable reception and feedback provided by players. The focus on the continuation of the franchise’s narrative, world exploration, flexibility of the class system, guild and party activities, and more will help players get into the MMORPG even more.

Dragon Nest II: Evolution will appear next at the Thailand Game Show 2022 in October, the most popular game festival in Southeast Asia, be sure to visit and check out the game for yourself if you are in the neighbourhood!

How smart homes are changing our lives in 2021

Lenovo named as top monitor brand in the Philippines