Home > archive > Celebrate the biggest Dota 2 tournament with fellow fans in the most IMBA Pubstomp in the Philippines!
archive

Celebrate the biggest Dota 2 tournament with fellow fans in the most IMBA Pubstomp in the Philippines!

July 29, 2015 — With the 17 Million USD The International Dota 2 Championships 2015 (TI5), the largest and most prestigious tournament in the history of competitive gaming, currently ongoing, the entire Dota 2 community is teeming with excitement, watching all the action, the hype, narratives unfold every moment unfold. And what better way is there to celebrate the climax and culmination of such a momentous occasion in esports than to be with fellow fans who love the game as much as you do? 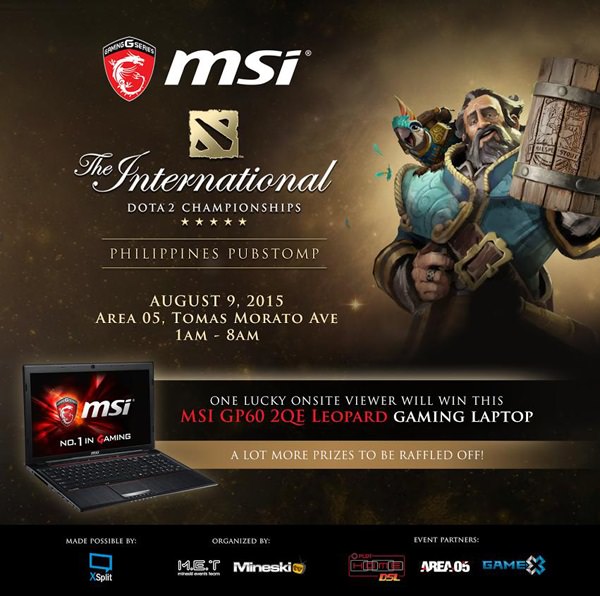 However, it is no secret that not every Dota fan in the Philippines can afford to fly out to Seattle to witness the action live with thousands of other gamers who have undertaken the similar expensive pilgrimage. Which is why MSI Philippines, alongside the Mineski-Events Team, PLDT Home, GameX, and XSplit has decided to put up a cheaper, but no less IMBA alternative for fans who want to experience the electricity of watching the games as part of a big enthusiastic crowd: The MSI x Dota 2 TI5 PubStomp! 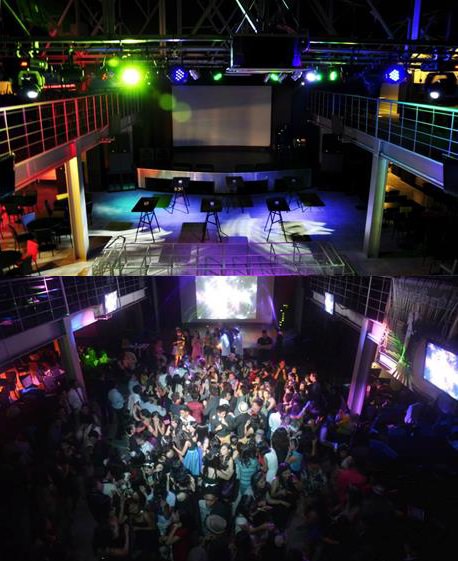 At 1AM on August 9, Area 05 along Tomas Morato Avenue will open its doors to welcome 500 people who wish to witness Dota 2 history unfold alongside other fans as they watch the TI5 Grand Finals together, under one roof.

Tickets are limited, so those interested should immediately reserve their slot/s in the links that will be provided. General Admission tickets cost 200 Php, and already include an exclusive XSplit shirt and other event merchandise items. VIP tickets will also be available at 500 Php, inclusive of special VIP seating, as well as free food and drinks. MSI Gaming Laptop users can also avail of their free entry promo by bringing their MSI laptops to Area 05, where they can be part of the MSI Gamers’ Gathering set to happen alongside the Pubstomp.

Each ticket holder also has a chance to win a brand new GP60 LEOPARD, known in some circles as The Dota 2 Machine, in the Pubstomp Grand Raffle. 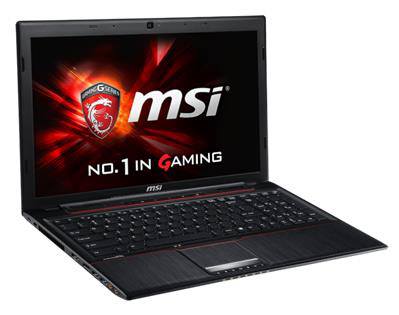 Audience members will also have the chance to interact with MineskiTV talents, particularly with Bianca Yao, the MSI Ambassadress. 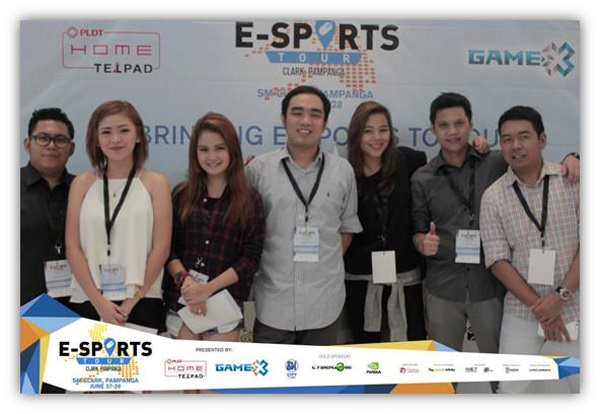 Don’t miss out on your chance to be a part of Dota 2 history; reserve your slot now!

Micro-Star International Co., Ltd or MSI, a multinational corporation specializing in information technology has been a longtime advocate of pushing esports not just in the Philippines, but in the whole world as well.

For years, and up to now, MET has maintained its reputation as the premier electronic sports event organizer of the Philippines. It has since expanded to Malaysia, as part of its goal of fortifying the esports scene in the entirety of South-East Asia.

The MET’s media broadcasting arm, MineskiTV is the premier source and provider of local esports streaming in the country, having.

One of the leading telecommunication providers in the Philippines, their services such as Fibr, Bro, DSL, and TelPad are now all household names in various industries and sectors, esports being just one of them.

Xsplit is the go-to broadcasting software for most gaming streamers, both casual and competitive, and has long since played an integral role in the development of livestreaming, one of the most crucial facets of the development of esports thus far.

While a relatively new entity, GameX has rapidly made a name for itself as the premier source of e-Pins in the Philippines, quickly establishing itself as a stable part of the local esports industry.

Empowered women and the technology that powers them

A Cookies and Crème Collaboration: The Choco-Velvet Cake with Oreo from Goldilocks

2017: Another bright year of smart technology from LG Electronics