Whether you’re hiking on the Olympic Peninsula or attending your cousin’s wedding, go beyond the flat photo or selfie. With Cardboard Camera—now available on iOS as well as Android—you can capture 3D 360-degree virtual reality photos. Just like Google Cardboard, it works with the phone you already have with you.

VR photos taken with Cardboard Camera are three-dimensional panoramas that can transport you right back to the moment. Near things look near and far things look far. You can look around to explore the image in all directions, and even hear sound recorded while you took the photo to hear the moment exactly as it happened. To capture a VR photo, hold your phone vertically, tap record, then turn around as though you’re taking a panorama. 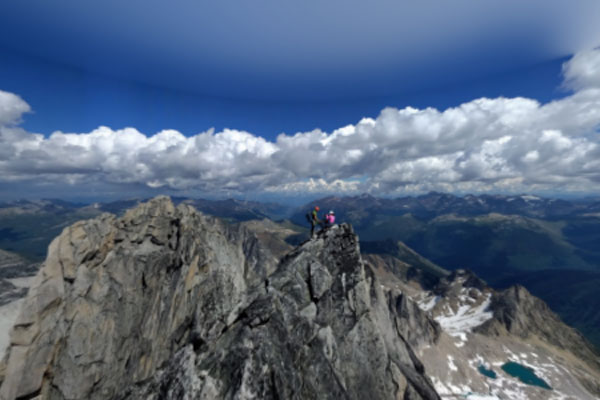 Starting today, you can also share your VR photos with friends and family on both iPhone and Android devices. Select multiple photos to create a virtual photo album, tap the share icon, and Cardboard Camera will generate a link (like this) that can be emailed, messaged, or posted in apps and on the web. With a VR viewer like Google Cardboard, your friends can relive those moments as if they were there.

From rock concerts to real estate to mountaintop vistas, more than 5 million moments have been captured with Cardboard Camera on Android. Share your VR photos with the #CardboardCamera hashtag—we can’t wait to see the world through your lens.

The Pros of Productivity: Canon demonstrates how business can be simple with the right technology