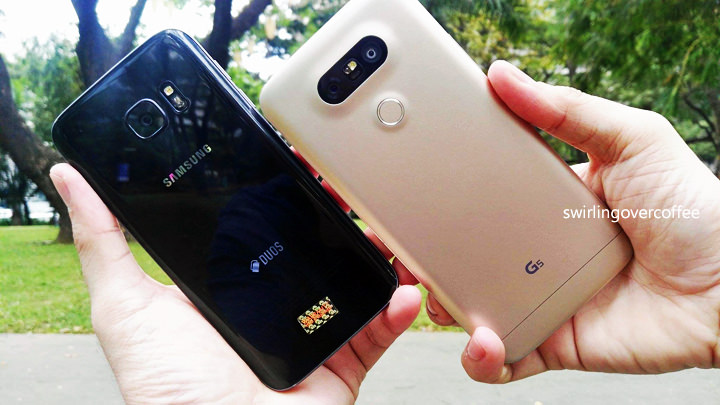 Camera Shoot Out: the LG G5 vs the Samsung Galaxy S7 edge

We pitted two 2016 flagships against each other on which has the better image and video output – the LG G5, the first dual rear camera phone with a wide angle secondary rear camera, and the water-resistant Samsung Galaxy S7 edge. We did not, by the way, go into manual mode, since casual users don’t do that. The default auto mode should look good on its own. The images here were all resized, to help with faster page loading, but not improved in anyway.

The wide angle secondary rear camera of the LG G5 is, since the S7 edge doesn’t have one, something the other cannot match. This means more of the scene captured in landscape shots and rarely a need to step back, in tight areas, to get more people in the shot, as when people crowd on the stage. The S7 edge’s only recourse is to go into 16:9 aspect ratio and maybe step back. 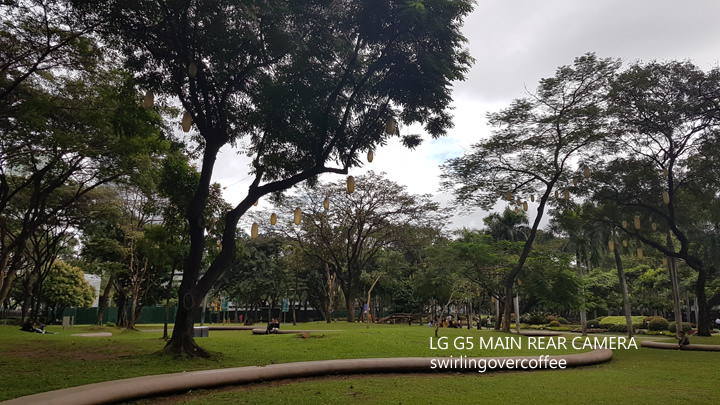 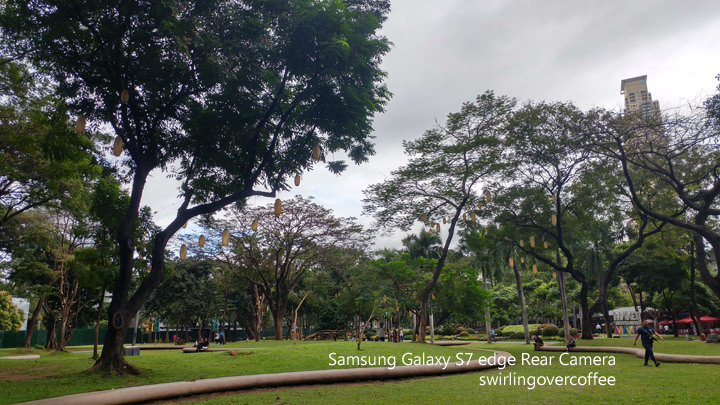 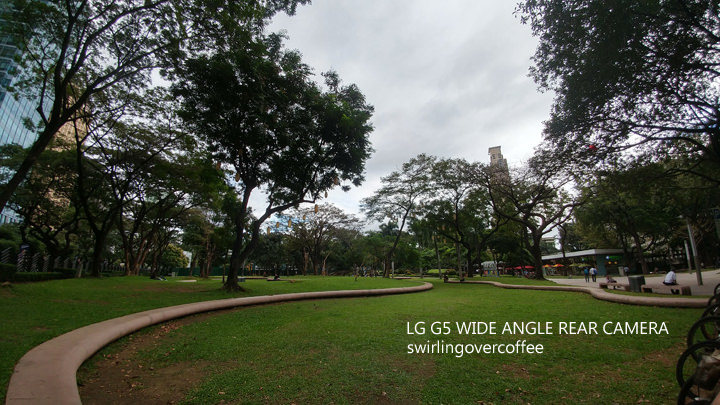 The wide angle camera has two features: (1) a GoPro-like fisheye effect, a distortion on the outer portions of the shot, which is cool; and (2) the fisheye effect can be lessened or removed completely by using the camera slider or zooming into the scene (while in secondary camera) to “fix” the distortion. Just a note though, the wide angle lens, since it’s only 8MP (compared to the main rear camera which is 16MP) cannot capture a lot of details the less light there is. This means low light shots may need a tripod, or a very steady hand.

This one is both a preference issue and one for those who frequently look at the images they took on various displays. The S7 edge’s preference for oversaturating images and its AMOLED display, which also tends to highlight saturation, results in inaccurate colors. If you shoot food and your pets regularly, you know your leafy greens are not that green and that your dog is not that brown. 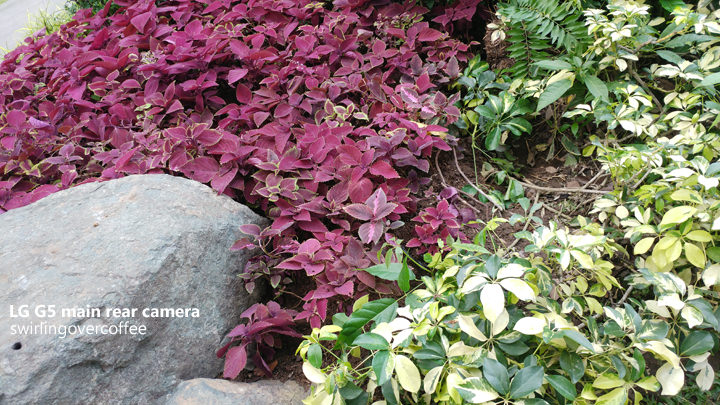 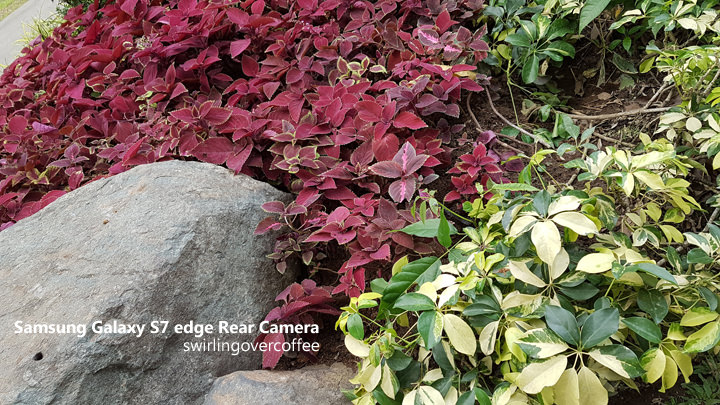 The LG G5 produces colors closer to natural ones. Now, users who do not often see their S7 edge’s shots’ non-normal colors as a problem, will not mind; as will those who prefer AMOLED display. While the AMOLED display offers better contrast (visibility) outdoors (even under the noontime sun), some of us want what the colors we see to be the colors we get in our pics.

We expect close up shots (macro) to provide rich visual detail of the subject, which is why we get close to shoot them. Neither phone disappoints in this department, although the focus and slightly defocused (blurred) areas differ a bit. No complaints on either phone’s image quality. 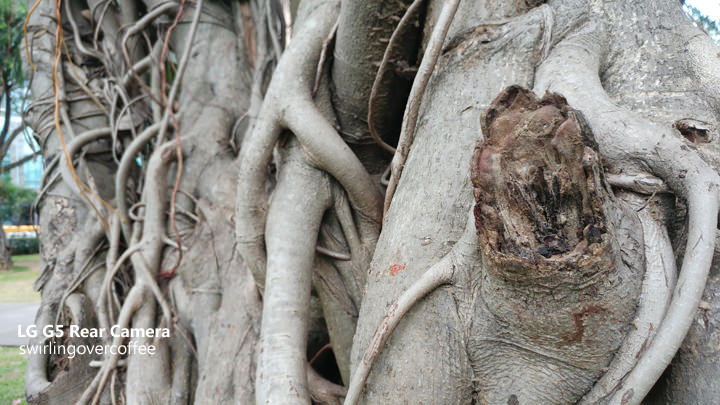 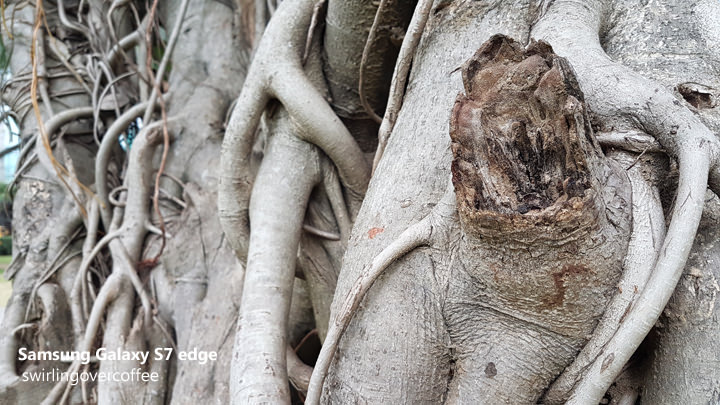 Under good lighting conditions, the selfies on both phones seem to be on par – sharp details and good contrast, though a bit oversaturated on the S7 edge. While the front camera on the S7 edge has a wide field of view (FOV) than the LG G5, low light selfies are better on the G5 owing to its on screen flash. This makes a difference since night outs with friends and evening selfies sometimes aren’t in the most well-lit areas. 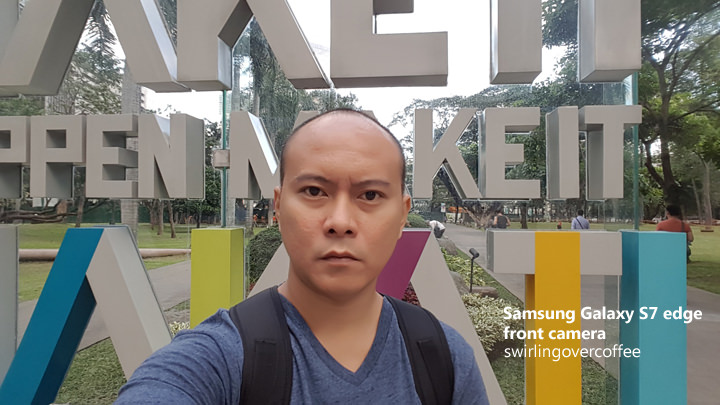 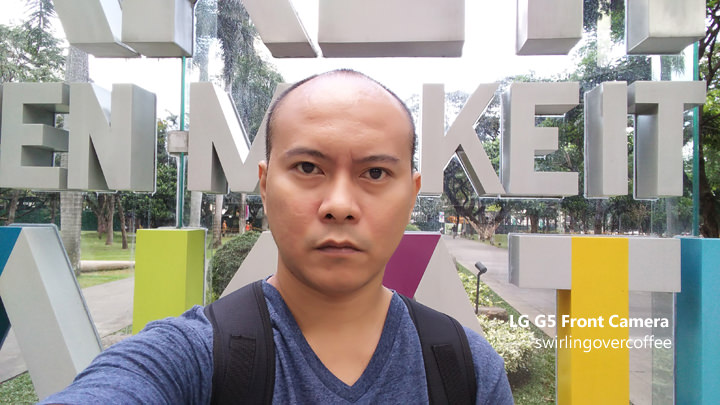 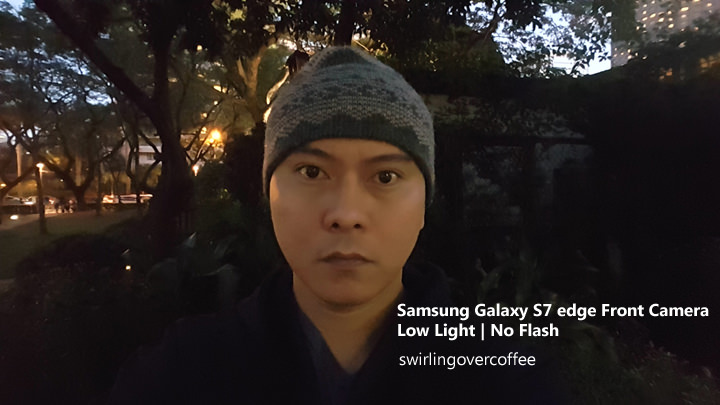 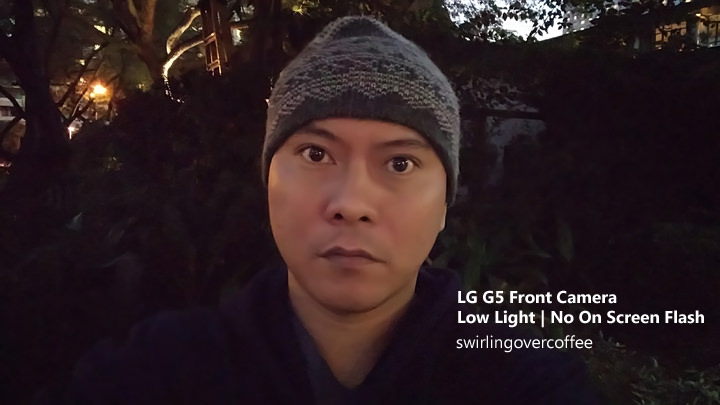 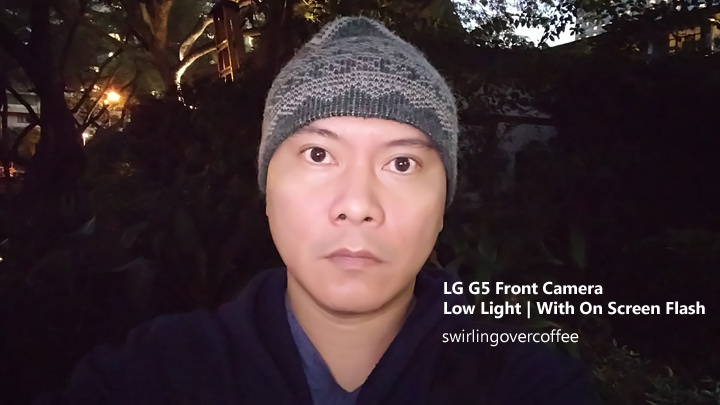 This is a preference of the image software on both phones when shooting scenes in low light and with auto HDR on. The S7 edge prefers to increase brightness of unlit parts of the scene, at the expense of cakey images. At times, it works and the result is okay. The LG G5 prefers to do the same but minimally, preferring to get more contrast instead, so the resulting images are, though with parts dimmer, clearer. To get the same cakey results on the G5, you need to move from auto HDR to HDR on. These preferences each have benefits. In the sample image below, where the park has trees and parts unlit, the S7 edge has a better handle on the scene. 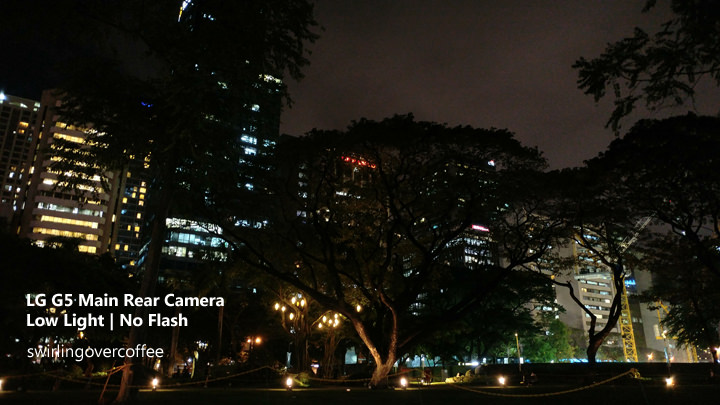 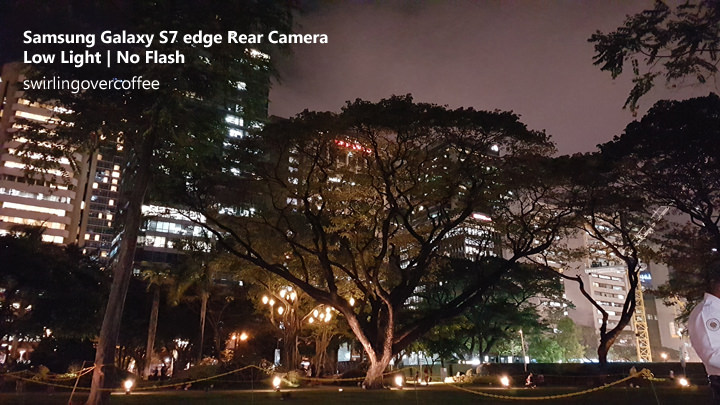 We tested on Full HD at 60 fps, while I do have a steadier hand than most people, I still trip and slide and bump into things. None of these seemed to be a problem for both phones. As you’ve seen in the videos. At 4K, the LG G5 seems to have better dynamic range, but only slightly. Sound recorded seems better (less annoying winds) on the G5.

As far as the image and video quality of both phones go, the LG G5 is ahead in color accuracy, wide angle shooting, and low light selfies. On the other hand, the Samsung Galaxy S7 edge has slightly better low light capture (more details and brighter photos) and a more aggressive HDR (more details pulled out in dark areas of the scene). To be fair, the G5 can achieve the same but, only when in manual mode (which should not factor in the comparison since casual users won’t go into manual, just an FYI).

The oversaturation of the S7, both in the image processing and display, is a matter of preference. Though those who like such images should know that how the photos look on their AMOLED display phones is not exactly how it would look on someone else’s IPS display phone or laptop. Some of us prefer to have the colors we shot to be the colors that appear on photos.

Capture speed on both phones is about the same. Although the camera UI of the LG G5 is cleaner, some users may prefer the menu (especially Samsung users) on the S7 edge (again, a small thing). Videos on both phones are good, not a lot of shakes even though we shot handheld, although the dynamic range (details in dark areas) on the G5 is slightly better than the S7 edge, but only slightly. Both cameras on the phones are just as responsive and we did not experience a single camera app crash.

Selfies another matter though. Under good lighting, both phones’ front cameras are exellent (detailed and sharp), though the S7 edge has a slightly wider field of view, meaning it can take in more people in the frame. However, in low light, which is the scene where a lot of us take selfies and groufies, the G5 has the advantage owing to its on-screen flash, which even works when your have 5 or so friends in the frame and in near pitchblack darkness. (See our full review of the LG G5 for selfie samples.) However, the S7 edge’s front camera has a slightly wider FOV, meaning more people can fit in. Neither phones, take note, have front-facing LED flash.

In sum, the LG G5 has two features the S7 edge doesn’t have – wide angle FOV secondary camera and a selfie camera that works in the dark. The wide angle camera actually has two “levels” – a default wide with a fisheye GoPro look, and a zoomed in version that removes the fisheye look (but is still wide angle compared to the normal FOV main camera). Meanwhile, the on-screen flash of the G5 makes selfies even in near darkness usable, meaning they’re more usable than the S7 edge’s selfies taken in low light.

The S7 edge, on the other hand, has a more aggressive auto HDR mode than the G5, which results in more details in dark areas of the scene in low light shots. Also, the oversaturated colors of the S7’s images can appeal to some. By comparison, the G5 prefers to churn out closer to natural colors.

As for videos, you can bring either phone to a concert (usually not the best lighting conditions) and you’ll be happy with the results – as both of them have good dynamic range and record good audio.

That’s it for our LG G5 versus S7 edge shoot out. Note that we did not consider “external” factors as being water or dust proof (S7 edge), offering modular features (LG G5), battery life, benchmarks, ability to play graphically demanding games, speaker audio quality, and so on. Only the cameras of both phones were considered here. See our full review of the LG G5 here.