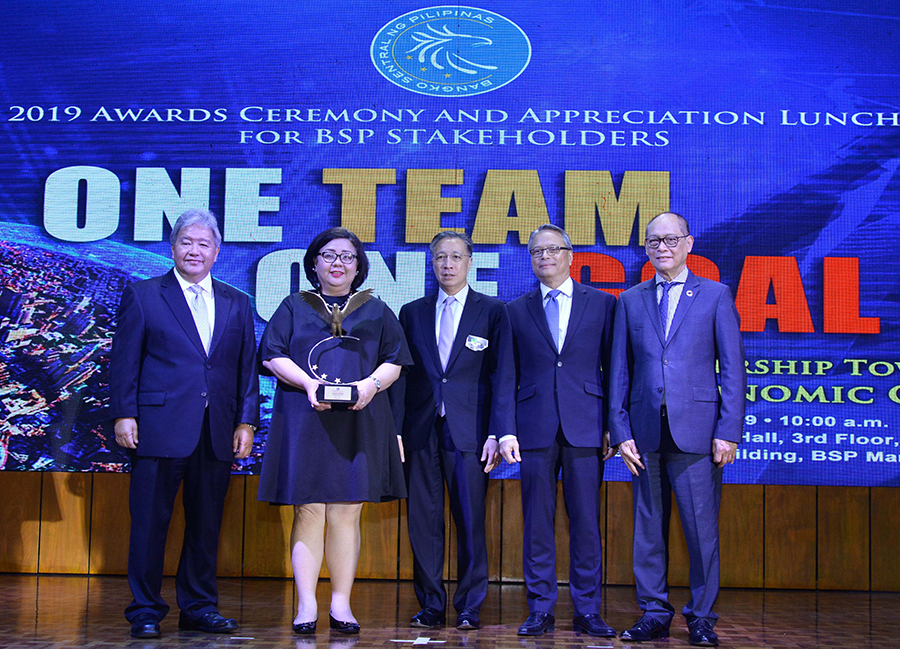 BDO Unibank is trusted by overseas Filipinos in sending remittances back to their loved ones.
Lifestyle, Recent

The Bangko Sentral ng Pilipinas (BSP) has again recognized BDO Unibank’s role as a trusted partner of overseas Filipinos in sending their hard-earned money to their loved ones back home, by bestowing the “Commercial Bank that Generated the Largest Overseas Filipino Remittances” Award during the recently held 2019 BSP Stakeholders Awards.

The strong remittance service of BDO, through BDO Remit, is already a Gold Hall of Fame awardee under the said category as the bank won three straight “Commercial Bank that Generated the Largest Overseas Filipino Remittances” awards from 2013 to 2015. The Gold Hall of Fame Award was conferred to BDO in 2016.

BDO also went on to win the same award in 2017 (announced during the 2018 BSP Stakeholders Awards). Should the bank obtain the award again next year, BDO will achieve the Diamond Hall of Fame recognition, a first-ever for a local bank.

In 2014, the Board of Judges of the BSP Stakeholders Awards ruled that a distinction should be given to partner stakeholders who have won as outstanding partners for several consecutive years. As such, Gold, Diamond, and Platinum Hall of Fame Awards are granted to awardees who win in the same award category for three, six, and nine consecutive years, respectively.

BDO was also adjudged the Commercial Bank that Generated the Largest Overseas Filipino Remittances from 2008 to 2010.

Through its remittance arm, BDO has been at the forefront of providing overseas Filipinos various options and channels to send their money to their beneficiaries in the Philippines, anchored on its wide customer reach through its own offices abroad and partnership with various remittance companies and financial institutions across Asia, North America, and Europe.

“We live in a multi-channel world, and these channels have to work for the customer. And the bank who does that will be top of mind for the customer. This recognition from the BSP is proof of that. We offer overseas Filipinos a wide array of solutions to send money to their beneficiaries. In return, they have remained loyal to us,” said BDO executive vice president and transaction banking head Edwin Romualdo G. Reyes. “We thank BSP for all these awards, and we hope to win again next year.”

“Our multitude of channels and options bring security and ease of use to our remitters. These awards from BSP inspire BDO to continue finding ways to further improve its services to the overseas Filipino market,” said BDO senior vice president and remittance head Geneva T. Gloria.

Meanwhile, BDO Foundation, the corporate social responsibility arm of BDO, was awarded as an Outstanding Financial Education Partner primarily for playing a key role in the financial literacy campaign of the BSP.

The BSP Stakeholders’ Awards is held annually to honor outstanding partner institutions for their strong support and contribution to the statistical undertakings, information requirements, and advocacy programs of the BSP.

We tried getting Western Union remittance via PayMaya – It Works

Goodyear Expanding IT Capabilities in the Philippines