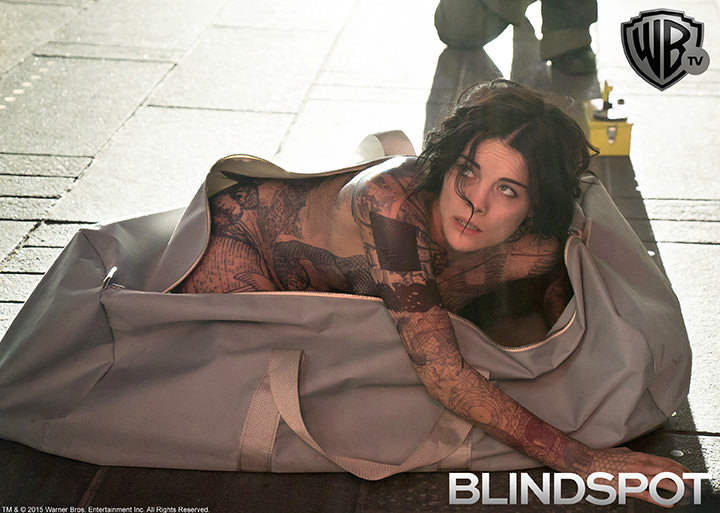 Someone likes to play games. A woman, with tattoos all over her body, is stuffed inside a duffel bag and left at the center of Times Square, New York. Jane Doe, the default name for identities-unknown, has, tattooed on her back, the name of one FBI agent, Kurt Weller. With Jane’s memory gone and with each tattoo seemingly a clue to uncovering a mystery or stopping a terrorist attack, Weller and his FBI team must find out who she is, and stay on top of the clues on her body, which may lead to saving millions of lives.

Blindspot is Warner TV’s latest engrossing crime drama which premiers on September 22, 2015 at 9:50pm, the same day as the US and global premiere.

A treasure map of clues 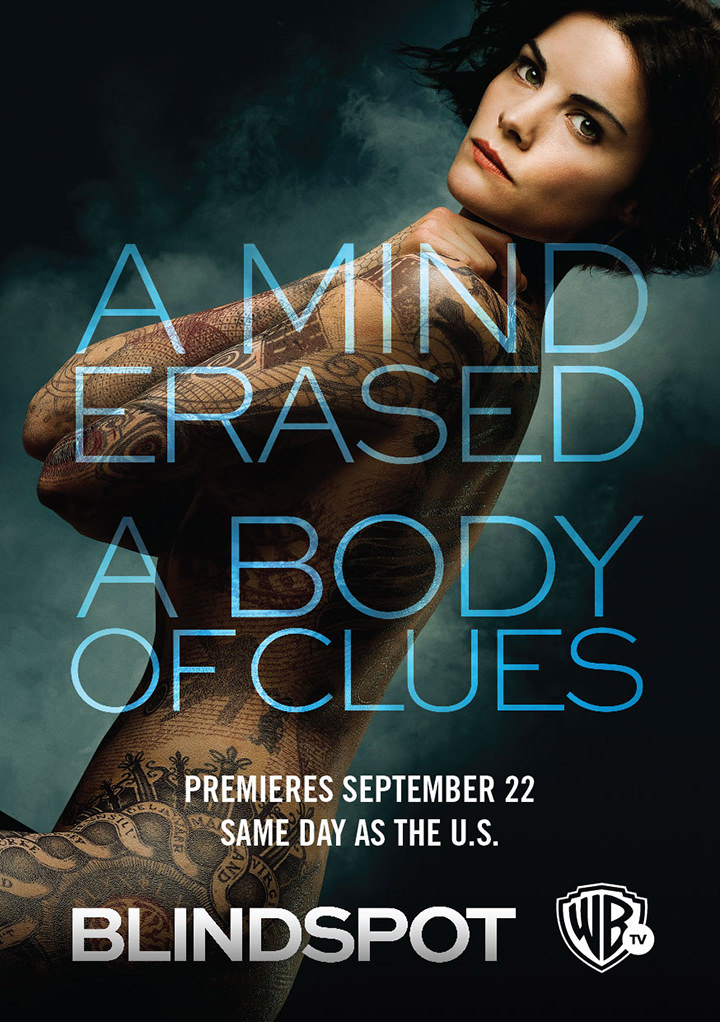 At the center of the mystery is the relationship between Weller and Jane Doe. With each passing day, Jane unveils a new skills or a hidden talent, without understanding its origin. All the while, Weller is drawn deeper into this troubled, complicated relationship with this enigmatic woman. They both strive for a connection, unaware of the dangerous blindspots that threaten them. 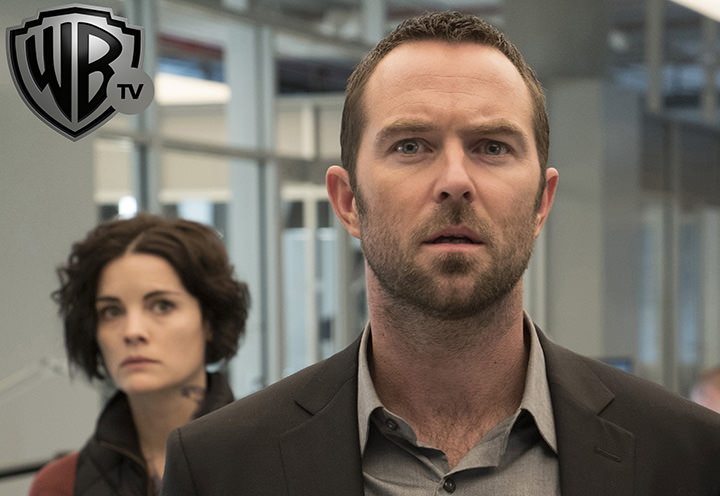 Blindspot lead stars include Jaimie Alexander (Jane Doe) whose credits include Thor: The Dark World and The Last Stand; and Sullivan Stapleton (Kurt Weller) of 300: Rise of an Empire and Gangster Squad. You can enjoy this latest series from Berlanti Productions (Flash, Arrow, Pan) on Warner TV.