November 24th, 2014, Taipei, Taiwan – BIOSTAR is releasing two mainboards based on the exclusive A70M chipset from AMD. A value line chipset that supports FM2+ APUs, USB 3.0 and SATA3 these BIOSTAR boards offer a better value versus price performance ratio compared to boards based on the A68H or A58 chipsets. Although AMD has just recently launched the A68H chipset, which supports FM2+ APUs, because these new (exclusive to BIOSTAR) A70M boards support USD 3.0 and SATA3, they offer an upgrade level that is higher than the current entry level A58 chipset boards.

In contrast to AMD’s current A58 chipset, AMD recently announced the A68H in order to usher in the enhanced product features of USB 3.0 and SATA3. To realize all of the premium features of that platform, BIOSTAR has also announced different variations of A68H chipset based motherboards. But to offer even more compelling solutions, BIOSTAR is exclusively offering A70M chipset motherboards that come with the same features as the A68H based boards but with lower pricing. 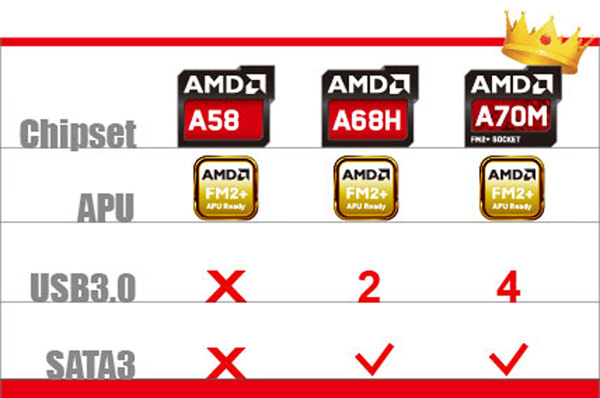 The two new A70M models, the Hi-Fi A70U3P and the A70MGP are both based on the AMD FM2+ socket design that will support AMD Multi-Core (x4, x2) socket FM2+/FM2 processors AMD A-series/ E2-series processors all in a micro ATX form factor.

Using the AMD A70M Chipset, these boards give you the options for small builds using the MicroATX form factor. They have 2 DIMM slots supporting up to 32G of DDR3 RAM. They use the newest SATA 6Gb/s bus which is twice the speed of current SATA 3Gb/s connections with 4 SATA connectors along with USB 3.0. There is also support for AMD Dual Graphics Technology, as well as support for full HDMI 3D 1080p.

Introducing Globe Charge: A New and Exciting Way to Enhance Your Business

Building the future of our nation by planting trees