After having revealed a stellar lineup from National Collegiate Athletics Association (NCAA) in July, Smart has now announced its University Athletic Association of the Philippines (UAAP) pool of ambassadors.

“We encourage young Filipinos to take inspiration from these athletes who have displayed outstanding basketball skills and fierce passion for the sport,” said Smart EVP and consumer business head Ariel P. Fermin.

“We support the Smart Elite as they continue to live more by pursuing their passion, in the same way that we are enabling millions of Filipinos to fully enjoy their passions – be it music, films, urban living, or sports – through meaningful innovations. This is what the Smart Life is all about,” he added.

With the UAAP 78th season opening on September 5, the players are anticipating an exciting conference but are able to set aside school rivalries for the sake of propagating basketball passion with Smart Elite, which is enabling the athletes to explore meaningful innovations that humanize technology with responsible social media use and using apps to motivate their game focus.

With Smart’s widest coverage, UAAP fans can address their digital swag by catching games wherever they are by using their mobile devices. Smart, along with PLDT Home, enables more Filipinos to live the “Smart Life” by using digital innovations to enjoy every Filipino’s brand of passion. 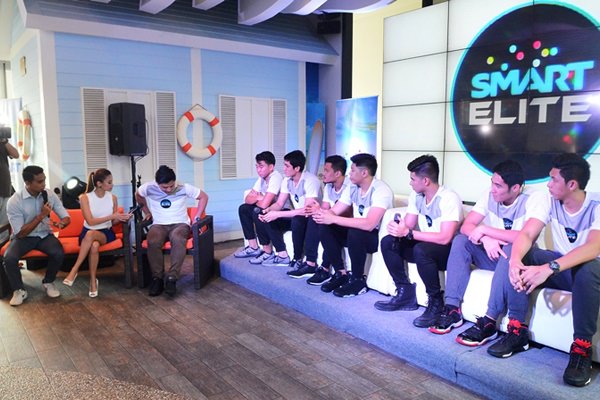 Smart is a staunch supporter of sports development in the Philippines. It is a major sponsor in this year’s UAAP, and has backed national teams like Gilas Pilipinas, Sinag Pilipinas, and the Azkals, as well as the activities of various sports organizations. Its chairman Manny V. Pangilinan is known as one of the country’s foremost sports patrons.