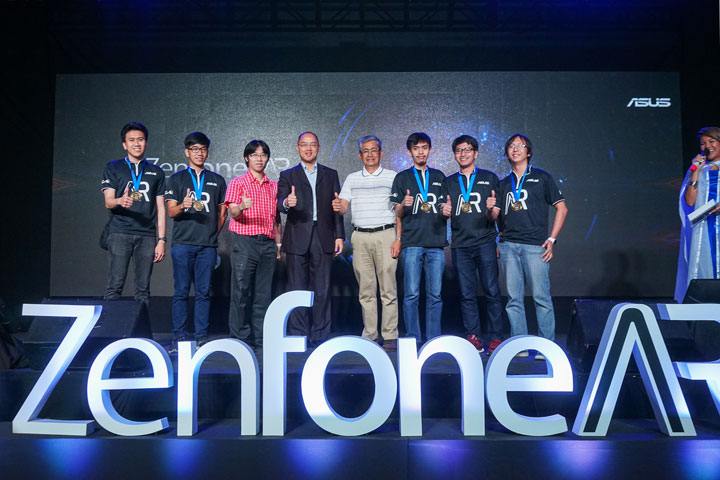 Team ARBotics, comprised of UP Diliman students and Haraya VR/Diwata-1 engineers, won 1st place at the 2-day “ZenFone AR: A New Reality Hackathon”. Their app, “AR/ER”, requires access to a body scanner and may also be used to solve IT-Telco problems. ARBotics bested five other teams to win the P100,000 cash prize plus a 5-day immersion tour at the Research and Development AMAZ department at ASUS Taiwan. This is the first hackathon organized by ASUS Philippines alongside VR Philippines (a community of VR devs and enthusiasts) and key partners in the government and private sector. The aim is to both promote VR and AR and to encourage local talent to push both technologies, currently in their infant state, further. The ASUS ZenFone AR, the world’s first Tango-enabled and Google Daydream-ready smartphone, was also launched on the first day of the hackathon held from June 22 to 24, 2017 at Whitespace Manila, Makati City. The Zenfone AR is now up for pre-order (details below). 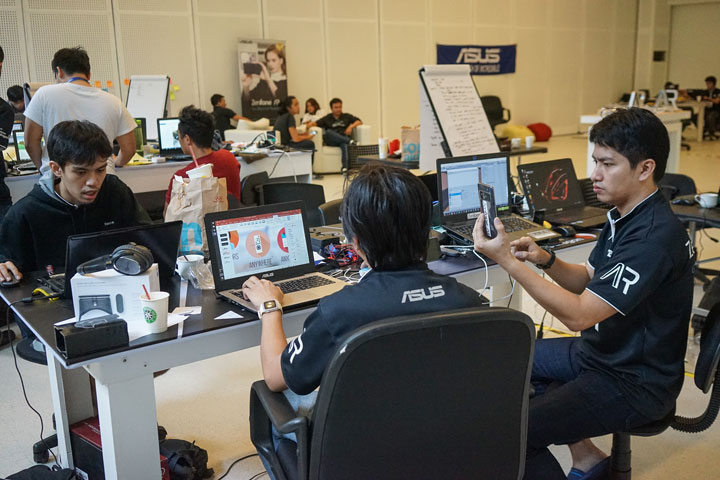 Criteria for Judging and the Three Finalists

Apps which aimed to address problems on IT/Telco, Medical, Lifestyle, and Design, were judged on the following criteria: 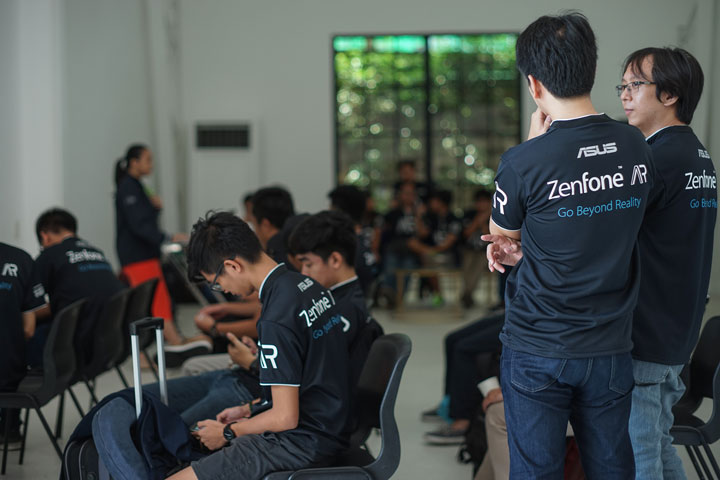 At 3rd place, with a P50,000.00 prize, is Team ImagineAR. This team, from UP Diliman and Los Baños established the ImagineAR mobile games company in Quezon City. For the hackathon, they developed the “EngineAR” application, an augmented reality app on Engineering and Transport that lets users to visualize their design.

At 2nd place, with a P75,000.00 prize, is Team Studio 3. This team of game developers from KLab Cyscorpions, Inc. based in Makati, came up with the “kwARrto” app. The augmented reality app allows users to view rooms and personalize them.

Overall winner is Team ARBotics, comprised of UP Diliman students and Haraya VR/Diwata-1 engineers, and led by former Diwata-1 developer, Juan Paolo Espiritu. Their app, “AR/ER”, requires access to a body scanner and is intended to be used by medical perosnnel. The team won the P100,000 cash prize plus a 5-day immersion tour at the Research and Development AMAZ department at ASUS Taiwan.

Each of the non-winning teams received P10,000.00 as consolation prizes plus an all-access pass to Google events in the Philippines.

The Panel of Judges

The panel of judges include Solon Chen (Head of Membership for GDAP), Carlo Ople (Vice President for Digital Marketing Strategy for PLDT Enterprise and International Carrier Business), Dominukus Susanto (Marketing Lead for the SEA Region of Qualcomm), and USEC. Monchito Ibrahim (Undersecretary for Management and Operations of DICT). George Su (ASUS Philippines Country Manager) served as the Chairman of the Judges during the hackathon.

You can now pre-order the P45995, 5.7-inch WQLED Super AMOLED display, 8GB RAM, Snapdragon 821 ASUS Zenfone AR – the world’s first Tango enabled and Daydream-ready smartphone – from July 5 to 16, 2017. Pre-order buyers will get the Zenfone AR together with its exclusive bundle of the ZenPower Ultra, exclusive Zenfone AR Clear Case and Tempered Glass, as well as the Zenfone AR VR Cardboard. Check the pre-order mechanics here. 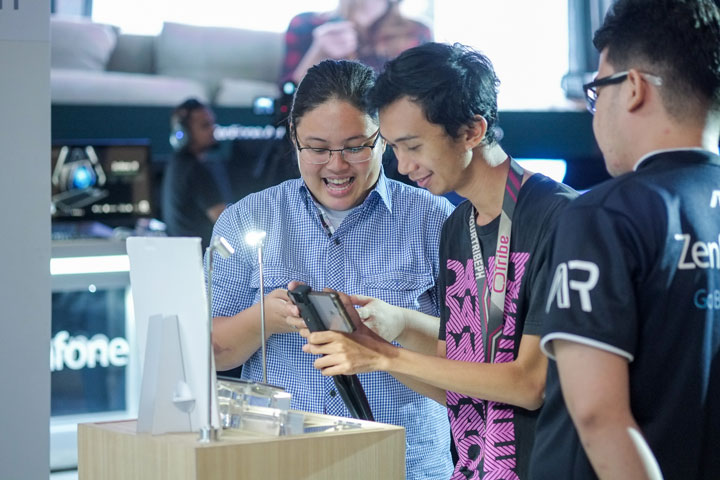 “The hackathon is only one way to help Filipinos understand this new kind of technology present today. Fans and enthusiasts can expect more efforts from ASUS Philippines to support AR and VR efforts spearheaded by industry leaders, Google Developer Groups, The Department of Information and Communications Technology (DICT) and as well as the private sector. We believe this effort is only a beginning towards the incredible,” said George Su, ASUS PH Country Manager.

Be prepared for disasters with the Batingaw mobile app

​No Christmas Party for Freelancers? No Problem!