HOOQ, Asia’s biggest video-on-demand service, partners with Sony Pictures Entertainment to bring you the exclusive premiere of the critically acclaimed Mad Dogs, same day as the US telecast.

Mad Dogs is a dark comedy – thriller TV series about 4 friends: Joel (Bill Chaplin), Lex (Michael Imperioli), Gus (Robi Malco), and Cobi (Steve Zhan) who heads to a villa in Belize to celebrate Milo’s (Billy Zhane) early retirement. Things quickly spiral into a labyrinthine of lies, deception and murder that will put the best of friendships to the ultimate test! It has a little bit of gore, but it’s something that can be watched while having dinner. And there’s a lot of panic going on in the series. 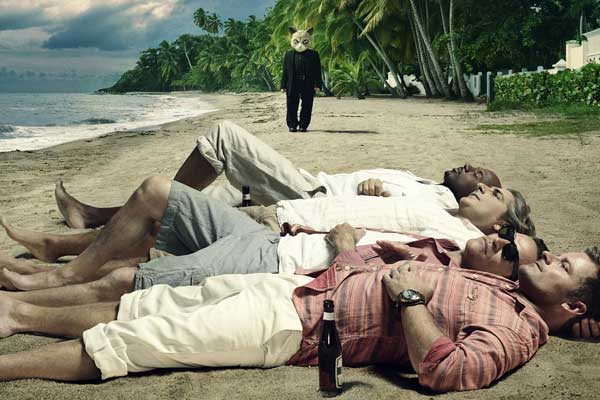 It’s a remake from a British TV series of the same name which came out last 2011.

Mad Dogs premiered worldwide last January 22 and HOOQ will be the first and only digital platform in Southeast Asia to offer the series on the same day as the US.  All 10 episodes are available at HOOQ at the same time.

“2015 has been a great year for us and we have promised our customers to deliver a host of new and exciting TV series ranging from in-season series to same day as the US telecast.  What better way to start 2016 than to share with all HOOQ fans yet another world premiere exclusive to HOOQ!  Mad Dogs promises suspense, lies, deception, secrets and murder!  This dark comedy of wild adventures will definitely get you HOOQ’d! said Peter Bithos, Chief Executive Officer of HOOQ.

Catch Mad Dogs on any Internet-enabled device, like your smartphone, tablet or smart TV.  Simply download the HOOQ app from the Apple Store or Google Play, sign up or log in, and your device is ready to access HOOQ’s library.  Viewing movies and TV series on HOOQ is made even better with Chromecast support, now available on the iOS and Android apps.

HOOQ customers can also indulge in a diverse and expansive selection of over 35,000 hours of movies and TV series with hot favorites and award-winning series such as Gotham, The Flash, Mad Men, Ash vs Evil Dead, Nashville and awesome blockbusters, Spider-Man, Kill Bill and Harry Potter.  Search through the HOOQ library and you’ll also find Muro Ami, Zsa Zsa Saturna, Mano Po in a very long list of Filipino movies.

Get a 30-day free trial to watch Mad Dogs and thousands of other movies and TV shows by signing up at www.HOOQ.tv.  Once your trial expires, you can either pay the P149 subscription fee monthly through credit credit or charge it to your Globe bill by texting HOOQ 149 to 8888. Tattoo Home Broadband users can also get HOOQ’d for free on plans P1,299 and up, while new Globe GoSurf customers can get free HOOQ from 45 up to 90 days.

HOOQ is Asia’s first premium video-on-demand service to launch across the region.  HOOQ is a start-up joint venture established in January 2015 by Singtel, Sony Pictures Television and Warner Bros.  HOOQ delivers over 30,000 hours of Hollywood blockbusters and popular local programs to customers anytime, anywhere by enabling them to stream and download their favorite shows on their Internet device or platform of choice.  HOOQ currently operates in the Philippines, Thailand and India with a population footprint of over 1.4 billion people. For more information, visit www.hooq.tv.