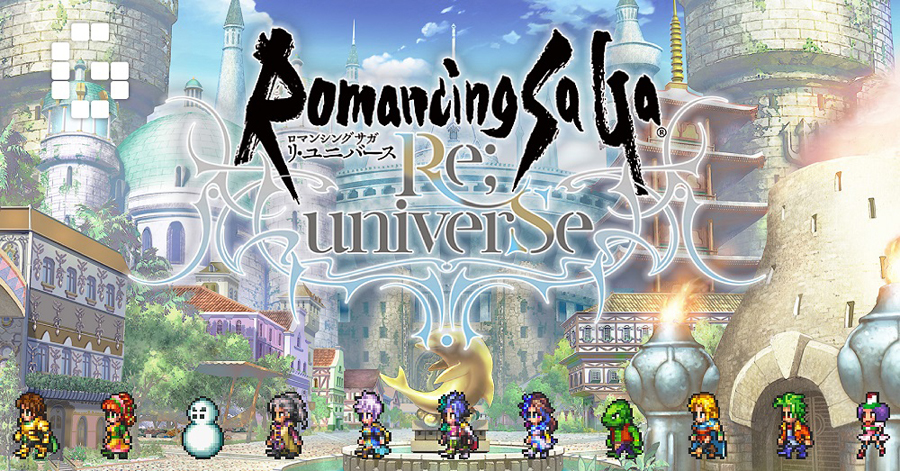 Manila, 7 October 2021 – AKG Games, a leading game publisher based in Indonesia, is proud to announce its newest partnership with SQUARE ENIX and Akatsuki with the acclaimed classic mobile JRPG – Romancing SaGa Re;univerSe – available for Android and iOS!

Classic JRPG Rejuvenated – Re;univerSe stands alongside well-loved classics like Final Fantasy and Dragon Quest, smash hit next-generation JRPGs from the 90s that became the foundation to many titles of its genre today. The game takes place in a world trapped in a cycle of looming destruction. Chaos awaits as the Rise of Morastrum brings ruin and extinguishes life every 300 years. As the Sinistrals and their legions gather – will you stand against them? Experience an epic story with a cast of colorful and extraordinary characters as you assemble a party of heroes!

Free-to-play, NOT pay-to-win! – You will need strategy and wits to win! The game features balanced characters, generous summon rates, and many ways to earn loot – you won’t be forced to pay to progress! Collect multiple heroes for multiple roles, customize their skills, and assemble your own unique team of heroes!

Top-Tier Illustration, Pixel Art, and Epic Soundtrack – Indulge your senses with beautiful classic and modern character arts alongside their nostalgic pixel characters in-game while listening to epic and moving soundtracks by world-renowned composer Kenji Ito a.k.a Itoken whose name resonates with millions of JRPG gamer worldwide since the 90s.

“As AKG Games continue to strengthen its presence in SEA, we are thrilled to bring you this IP in collaboration with Akatsuki Taiwan Inc and Square Enix. Re;univerSe is our step one towards bringing exciting new possibilities across SaGa and SQX fans across South East Asia.”  – Adrian Alpin, General Manager

“We’re excited that we will be able to spread “SaGa”: to the rest of Asian market in cooperation with our partner, AKG Games. I’m really looking forward to it. For those of you who are new to the SaGa series, I hope you will enjoy this very popular RPG title in Japan.” – Masanori Ichikawa, SaGa series Producer, Square Enix
Play Now – Romancing SaGa Re;univerSe is available to play on Android devices with OS version 4.4 and above; also on Apple devices with iOS 10.0 and above. For more information regarding Romancing SaGa Re;univerSe’s updates, promotions and more, follow us on Facebook and Instagram.

Twitter, Globe, and Smart to Provide Daily Entertainment Updates to over 120 Million Mobile Phone Subscribers in the Philippines

Buy an Acer laptop or desktop and get Adidas vouchers