Style is all about authenticity, about staying true to one’s image, and seeing how that image is projected upon others. It’s all about being effortless in one’s projection: confidence and flaunting it become natural, once you know the things that make you strong.

Such is the style communicated by technology giant Acer: the simple elegance in product aesthetics, without resorting to cheap tricks or gaudy gimmickry.

Find a movie date in the new Aspire R11 laptop, which converts into a movie-and-audio-friendly tablet with a simple flip; a gamer buddy in the Aspire V Nitro, which boasts a 17-inch full HD screen and NVidia Geforce GTX graphics; a workmate in the Aspire Switch 12, which changes from desktop to tablet to notebook depending on your workspace; or the ultimate in looks in the Aspire S7 Ultrabook, with its white, Gorilla Glass-reinforced body. Consider all these as effortless flaunting, coupled with extensive functionality, for the technology lifestyle of today.

This is the very essence of the latest Acer Premium campaign dubbed, #FLAUNTit. And who better to represent this statement than the exceptionally beautiful, Liza Soberano.
Catapulted to fame by her role as leading lady Agnes in the hit television series “Forevermore,” Soberano joins the Acer family in promoting the latest campaign of the higher-end line of Acer’s top-quality devices.

“They’re featuring new products in their lineup in a couple of months. I’ve been using some of them—the Acer Aspire S7 Ultrabook, in particular. It’s very thin, pretty, and very stylish,” explained Soberano.

In addition to the assortment of said Acer premium products are the laptops Aspire V15, Aspire R13, Revo One, Aspire Z3-710, C205 (Projector), S1383wHne (Projector), and S277HK (Monitor).
“With our Premium line, we want to communicate the power and looks of Acer products. With their top-of-the-line specs, as well as their sophisticated looks, they are ideal for the technology needs and wants of those people living a high-end and fast-paced lifestyle,” said Manuel Wong, Managing Director for Acer Philippines.

Part of the #FLAUNTit campaign is a new video, which was shot in a studio in Makati City, featuring the flawless beauty of Soberano, proving just how effortless style can truly be.
For Soberano, she said that she hopes the new #FLAUNTit video will allow her fans to see a new side of her, an image different from the modest persona of Agnes. 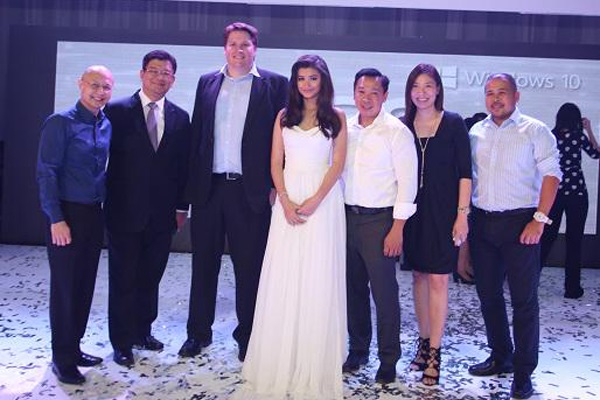 “You will see a fiercer me and also a goofy me at the same time. And people will open up to the fact that I can be more than just pa-sweet and everything.

But she added, “People aren’t used to it when I go glam out and wear makeup and all. Actually, I really like those fierce, sophisticated portrayals. But I also like to enjoy my youth, and the pa-sweet image that comes with it.”

Looks, style, and confidence are made to be displayed, so with this new campaign, go ahead and #FLAUNTit!

Department of Health: Be Smart and Don't Start Smoking

Smart pays tribute to load retailers all over PH